Daniel Radcliffe Reacting to Harry Potter Memes Does Not Disappoint

Daniel Radcliffe may not seek out Harry Potter memes, but it seems they still have a way of finding him.

During a Wednesday appearance on The Tonight Show to promote his new Broadway play The Lifespan of a Fact, the 29-year-old actor admitted that while he had seen funny memes of himself as Harry over the years, there were none that immediately came to mind.

Naturally, Jimmy Fallon then decided to show his guest some of his own personal favorites, including an image of young Harry holding a snitch with the Jay-Z-inspired text, “If you’re havin’ Quidditch problems I feel bad for you son, I got 99 problems but a snitch ain’t one.”

“You know, what’s cool about that stuff is that I never—as a kid and you’re just insecure at that age—I never felt cool at any point playing that character and sort of these things go like, ‘No, that was cool,'” Radcliffe mused. “People thought that was pretty cool.” 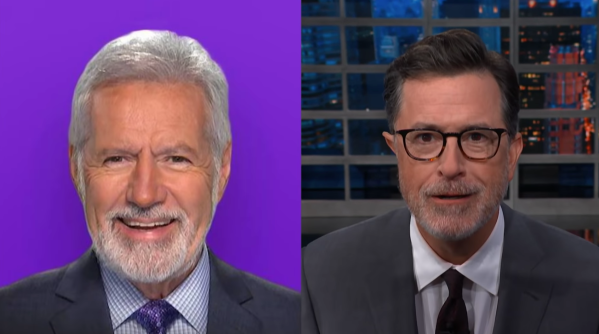 Stephen Colbert Calls for Beard Face-Off Against Alex Trebek
Next Up: Editor's Pick