Gun Rights Demonstration Appears to End Peacefully Despite Armed Protesters. Here's What to Know About the Pro-Gun Rally in Richmond, Virginia

Officials in Richmond, Va., took security precautions after being made aware of threats of violence from extremist groups on the traditional Lobby Day event where activists meet with state legislators to advocate for a wide range of policy changes.

This year’s Lobby Day on Monday, Jan. 20 comes amid Democratic legislators — who have majority in both the state’s House and Senate following 2019 elections — pushing through gun control measures that many gun proponents disagree with. These measures include background checks on all gun sales, a restriction of sales’ frequency, and allowing localities to ban firearms at public events.

Pro-gun rights protestors gathered in front of the Capitol building on Monday at 11 a.m. Officials were vigilant, having learned of “credible” threats to public safety from out-of-state militias and hate groups but the demonstration ended peacefully around noon and authorities said there had been no reports of arrests or injuries as of 1:40 p.m., according to the AP.

“I love this. This is like the Super Bowl for the Second Amendment right here,” said P.J. Hudson, a truck driver from Richmond carrying an AR-15 rifle just outside Capitol Square, told the AP.

Virginia Governor Ralph Northam issued an executive order declaring a state of emergency on Wednesday, and has banned all fire arms and weapons from the Capitol grounds starting Friday and ending Tuesday. (The state’s General Assembly had banned weapons inside Capitol buildings on Jan. 10) A judge upheld the executive order on Thursday, and on Friday gun rights groups filed an emergency appeal to the Virginia Supreme Court. The court upheld Northam’s executive order in a Friday evening decision.

Northam told reporters at a press conference Wednesday that state intelligence officials had identified threats and violent rhetoric similar to what was seen at the deadly “Unite the Right” rally in Charlottesville, Va., in 2017, during which Heather Heyer, a counter-protestor, was killed.

“No one wants another incident like the one we saw in Charlottesville,” Northam said Wednesday. “We will not allow that mayhem and violence to happen here.”

A judge’s decision to uphold Northam’s banning of firearms and weapons came Thursday as the FBI arrested three men with ties to a racist violent extremist group known as “The Base,” who allegedly had plans to attend the Monday rally and were carrying a “firearm and ammunition with intent to commit a felony,” according to a statement by the Department of Justice. The three men — Brian Mark Lemley, Jr., 33, William Garfield Bilbrough IV, 19, and Patrik Jordan Mathews, 27 — are facing varying federal charges that include immigration (Mathews is a Canadian national) and firearms violations.

Police in Georgia arrested three more men who are members of “The Base” — Luke Austin Lane, Michael Helterbrand and Jacob Kaderli — on Friday for allegedly conspiring to kill a married couple who are members of the anti-fascist movement known as Antifa, according to the Associated Press.

“This is the right decision,” said Northam in a Thursday public statement. “I took this action to protect Virginians from credible threats of violence. These threats are real — as evidenced by reports of neo-Nazis arrested this morning after discussing plans to head to Richmond with firearms.”

Rally organizers at the Virginia Citizens Defense League (VCDL), a pro-gun nonprofit, said in a public statement published prior to Northam’s announcement of a weapons ban that the rally would be “a peaceful event about gun rights and NOTHING ELSE.” The VCDL added, however, that the presence of militia groups would be welcomed.

“Various militia groups from Virginia and nearby states have graciously volunteered to provide security,” the organization said in the public statement. While acknowledging they did not anticipate requiring support, “we welcome our militia brothers and sisters to be part of making the day a success! Some militia groups are looking to take canned food donations during Lobby Day and deliver them to a Richmond Food Bank,” the organization wrote.

VCDL did not immediately respond to TIME’s request for comment on Friday.

At least some rally goers had brought their firearms with them; many of them preferred to stay on the street and not on Capitol premises so they could remain armed, the Washington Post reported.

Some came from as far as Indiana and Texas, according to the New York Times. Logan Smith, a transmission plant worker who drove for more than 9 hours to reach Richmond from Indianapolis, told the Times he’s concerned about Virginia’s gun control legislation. “Seeing stuff like this being pushed, doesn’t sit well.”

At least one Virginia organization has canceled planned MLK Day-related events for fear of violence. The Coalition to Stop Gun Violence announced Friday that an annual vigil and “Day of Advocacy” would would not be taking place.

“On Monday, the agitators will come to Richmond intent on chaos. Then they will leave. But we will still be here,” said Lori Haas, director of the coalition, in a public statement. “We will continue to fight for the rest of this legislative session with the data, facts, research and the strong belief that we will succeed and save lives in Virginia.”

Richmond Mayor Levar Stoney told reporters at a Wednesday press conference not to forget the message of the national holiday.

“The Reverend Dr. Martin Luther King, Jr. gave his life in the non-violent pursuit of equal rights for all Americans,” he said. “So let me be clear. Regardless of the day, or the event, we expect everyone who lives, works and visits our great city to conduct themselves peacefully.”

Here’s what to know about Monday’s pro-gun rally.

For the first time since 1993, Democrats currently control the Virginia House, Senate and Governor’s office. On Thursday, the Virginia Senate passed three gun-control bills that would require background checks on all firearm sales, limit gun purchases to one day in a 30-day period and give localities the right to ban guns from public events.

The bills now await a vote from the Virginia House, which is expected to vote in favor of the bills (though it is unclear when a vote will take place).

Governor Northam has been a vocal supporter of gun-control, and in July introduced a package of eight bills that would “save lives and improve public safety in our communities,” he said in a statement.

In response, gun proponents have mobilized against the bills. Many of Virginia’s counties have declared themselves “Second Amendment Sanctuaries,” an attempt to declare themselves exempt from state restrictions. The Virginia Office of the Attorney General wrote Dec. 19 that the sanctuary resolutions have “no legal effect,” however, and that localities “must comply with gun violence prevention measures that the General Assembly may enact.”

The VCDL and the Gun Owners of America called the Attorney General’s statement “untrue,” in a public statement, on the grounds that laws that violate the Second Amendment have “no legitimacy” and are void.

“That’s what happens when you vote for Democrats,” President Trump tweeted of the subject on Friday. “They will take your guns away.”

Will there be any counter-protests?

The VCDL had encouraged rally-goers not to engage with likely counter-protesters.

“Our total focus is on protecting our right to keep and bear arms. Period. This is not about flags, statues, history, etc. Just guns,” VCDL said in a public statement. “If you somehow find yourself being harassed by the other side, don’t engage them. They could well be baiting you and recording what you do for propaganda purposes.”

Organizers at national gun-control advocacy organizations Moms Demand Action and Every Town for Gun Safety told reporters during a Friday press call that their organizations would not be counter-protesting in an official capacity, though some volunteers might attend on their own.

Shannon Watts, Moms Demand Action co-founder, added that though thousands are expected to attend the rally, they represent “a very vocal minority,” she said. According to a 2018 survey by the Judy Ford Wason Center for Public Policy at Christopher Newport University, 84% of Virginians support background checks, 65% support an assault weapons ban, 76% opposed concealed carry without a permit and 54% answered that it was more important to control who can buy guns than protecting the rights of Virginians to own guns. 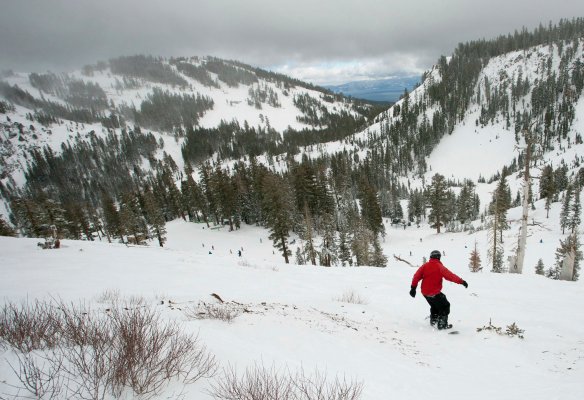