Demonstrators in Shelbyville and Murfreesboro were met by hundreds of counter-protesters, moderated by a number of law enforcement officers in riot gear, according to USA Today.

Videos posted on Twitter show a number of chants carried out by the white nationalist demonstrators, including “White lives matter,” “Jews will not replace us” and the Nazi Germany slogan “Blood and soil.”

Counter-protesters attempted to disrupt the chants, saying “We will replace you,” as well as singing “Amazing Grace” and playing Martin Luther King Jr.’s “I Have a Dream” speech over a PA system.

Tennessee officials were aware of the rallies and had warned residents to avoid the areas ahead of the events.

“We want to send a really clear message that these folks are not welcome in Tennessee,” Gov. Bill Haslam told reporters Friday in Gatlinburg, according to the Tennessean. “If you’re part of the white supremacist movement you’re not somebody that we want in Tennessee.”

The rallies were organized by the Nationalist Front, a coalition of white nationalist and neo-Nazi groups that include the League of the South, the Traditionalist Worker Party, the National Socialist Movement and Vanguard America, according to USA Today. All four are defined as white supremacist groups by the Southern Poverty Law Center. 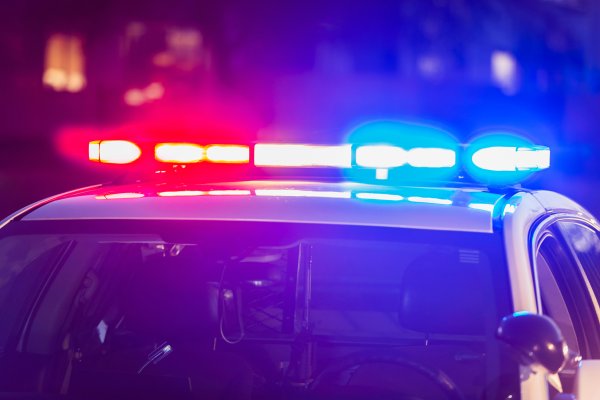 Woman Attacks Pregnant Sister Because She Didn't 'Deserve to Have a Baby,' Police Say
Next Up: Editor's Pick