The mother of Heather Heyer, the woman killed while protesting Saturday’s white-supremacist rally in Charlottesville, Virginia, said she won’t talk to President Donald Trump “after what he said about my child.”

She had been so busy after her daughter’s death that she hadn’t watched TV news until Thursday night, Susan Bro told ABC on Friday.

“I saw an actual clip of him at a press conference equating the protesters ‘like Miss Heyer’ with the KKK and the white supremacists,” Bro said. “You can’t wash this one away by shaking my hand and saying, ‘I’m sorry.’ I’m not forgiving for that.”

Asked if she had something to say to Trump, Bro said, “Think before you speak.”

The White House said Thursday that it was “working on identifying a time that’s convenient for the family to speak with the president.”

“They tried to kill my child to shut her up, but guess what, you just magnified her,” Bro said at the service on Wednesday, according to the Associated Press. “I’d rather have my child, but by golly if I got to give her up, we’re going to make it count.”

The first call on Trump’s behalf looked like it came during the funeral, Bro said on ABC.

Heyer, 32, was killed when a man whom police have identified as James Alex Fields, Jr., 20 drove his car into a crowd of counter-protesters following the rally.

The political fallout of Trump’s remarks about the white supremacists has spread this week, with key Republicans condemning him and CEO advisers abandoning him.

Trump at a news conference on Tuesday said not all of the people protesting the removal of a Charlottesville statue of Confederate General Robert E. Lee were neo-Nazis or white supremacists.

“Sad to see the history and culture of our great country being ripped apart” by the removal of statues honoring Confederate heroes, Trump added in a tweet Thursday. 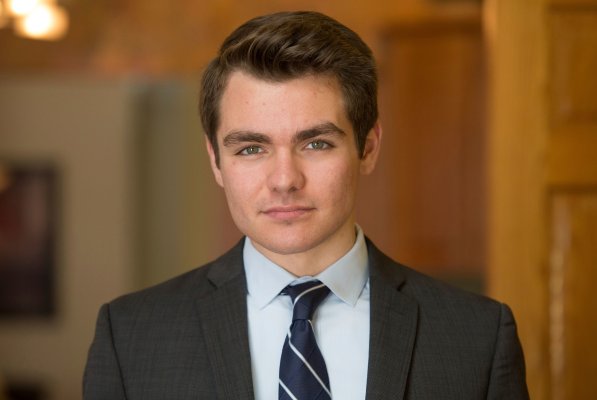