If there’s anyone in the world who absolutely deserves the privilege of holding Baby Yoda, it’s probably George Lucas. And thanks to The Mandalorian showrunner Jon Favreau, Star Wars fans everywhere are getting to witness the moment that Lucas cradled the Child in his arms.

Presented without caption, Favreau took to Twitter on Thursday night to share a behind-the-scenes photo of the Star Wars creator clutching Baby Yoda that has since been liked nearly 500,000 times and retweeted nearly 93,000. The picture has prompted a wave of adoration from the internet, with some commenters finding ways to express their love for the somewhat blurry shot that only true Star Wars fans could.

“No, *I* am your father,” Twitter user Dave Itzkoff replied to Favreau’s tweet, riffing off Darth Vader’s famous revelation in The Empire Strikes Back.

“Always two, there are. A master, and an apprentice,” added user Austen Bundy in reference to the Sith Rule of Two. 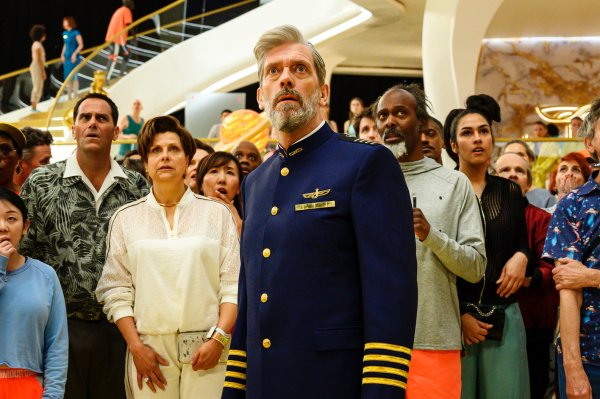