George Lucas' Favorite Star Wars Character Is the One Everyone Hates

When George Lucas was asked which Star Wars character he’d most like to be during a video interview for Vanity Fair’s New Establishment Summit, he gave a pretty shocking response. The 71-year-old director would choose Jar Jar Binks, the gangly Gungan alien from the prequels. Binks is widely considered to be the galaxy far far away’s most disliked character, a sentiment that Lucas does not support.

This answer led to a discussion of why Lucas chose to step away from the Star Wars universe and leave the franchise in the hands of J.J. Abrams and Lucasfilm. “You go to make a movie and all you do is get criticized and people try to make decisions about what you’re going to do before you do it,” he said. “It’s not much fun and you can’t experiment. You can’t do anything. You have to do it a certain way. I don’t like that.”

The latest installment of the series, Star Wars: The Force Awakens, hits theaters in exactly one month as of Wednesday, and Lucas has some questions about where Abrams decided to take the film’s plot. “I’m curious about what happened to Darth Vader’s grandkids,” he said. 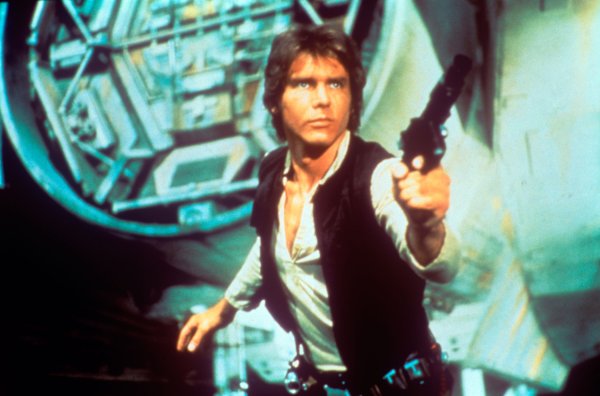 The Honest Trailer for Star Wars: A New Hope Gives A New Perspective
Next Up: Editor's Pick