A puppy has been born with a coat the color of lime green of all things.

Last Friday, a white German shepherd named Gypsy gave birth to eight happy little puppies in Canton, N.C. But one of the lot them stood out from the squad.

He was cuddly. He was friendly. He was the bright color of key lime pie. “I started freaking out because it was green,” Shana Stamey, the owner told WLOS.

Turns out, there was a perfectly reasonable explanation. The puppy’s coat was stained from his mother’s stomach probably stained his fur in utero, Suzanne Cianciulli, the manager of Junaluska Animal Hospital in Waynesville told USA Today. Another possible explanation? Meconium, a dark greenish substance found in the puppy’s stool.

Whatever the case, he is totally safe. And appropriately, he shall be called Hulk.

Its coat will fade to white eventually thanks to baths and self-licking. So it’s time to work in all the photos of him living his lime green life while he’s still this hue.

He’s far from the first lime green doggie. There have been others with neon green fur spots.

But if you haven’t had the pleasure of encountering a pup the color of a lime green highlighter, allow Hulk to introduce himself below. 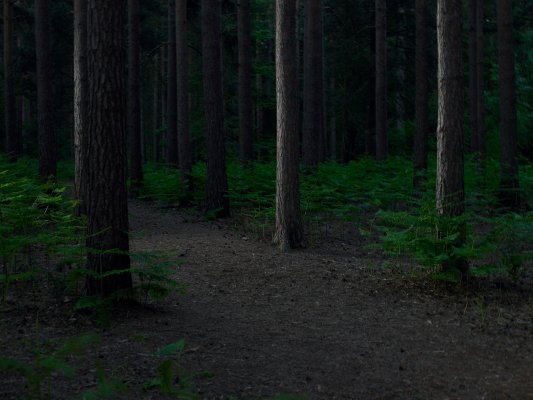 Camera Captures the Moment a Deer Sheds Its Antlers in the Middle of the Night
Next Up: Editor's Pick