James Murdoch has spoken out against his father Rupert’s media outlets for their “ongoing denial” of the climate crisis as bushfires continue to ravage Australia.

In a joint statement with his wife Kathryn, the couple expressed frustration with News Corp and Fox News’ coverage of the fires.

“They are particularly disappointed with the ongoing denial among the news outlets in Australia given the obvious evidence to the contrary,” a spokesperson for the couple told The Daily Beast.

The bushfires in Australia have burned an estimated 15.6 million acres since July 1. At least 28 people have died, millions of animals have perished, and thousands of homes have been destroyed throughout the country. Climate scientists say climate change has intensified the bushfires due to record high temperatures and unusually prolonged droughts. Yet Murdoch-owned newspapers have criticized such claims, describing them as “silly” and “hysterical.”

Murdoch’s News Corp is one of Australia’s largest conglomerates, and its outlets have historically highlighted the views of climate crisis deniers. One Australian political commentator for News Corp, Andrew Bolt, has dismissed climate science as “alarmist.” Rupert Murdoch himself tweeted in 2015 that he was a “climate change skeptic not a denier.”

Unlike his father, James Murdoch has long championed green causes alongside his wife Kathryn. In 2006, he invited former United States Vice President Al Gore to present segments of his Oscar-winning documentary An Inconvenient Truth to Fox executives.

The rebuke reflects growing rifts within the Murdoch family, as James has distanced himself from the family business, taking a step-back from day to day responsibilities at the end of 2018. He tried to cash-in his stock in the family companies but his brother Lachlan declined to buy him out. James, who was previously the chief executive of 21st Century Fox entertainment before its merger with Disney, now has his own media investment company Lupa Systems but continues to sit on the boards of News Corp.

The couple’s condemnation of Murdoch media comes just days after a News Corp employee accused the company of “irresponsible” and “dangerous” coverage of the fires, saying its reporting constituted a “misinformation campaign.”

“I find it unconscionable to continue working for this company, knowing I am contributing to the spread of climate change denial and lies,” News Corp employee Emily Townsend wrote in an email to the News Corp Australia staff. She said the company’s reporting was “not only irresponsible, but dangerous and damaging to our communities and beautiful planet.”

According to the Sydney Morning Herald, Ms. Townsend’s email was “removed from News Corp employee inboxes within an hour of it being sent.” 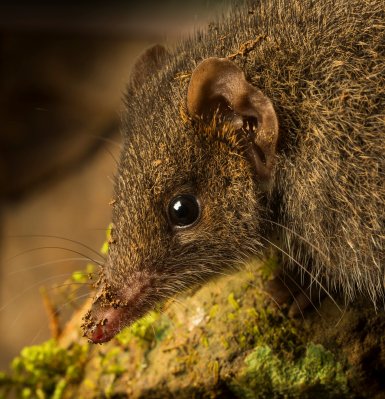