The director redefining how the world sees women 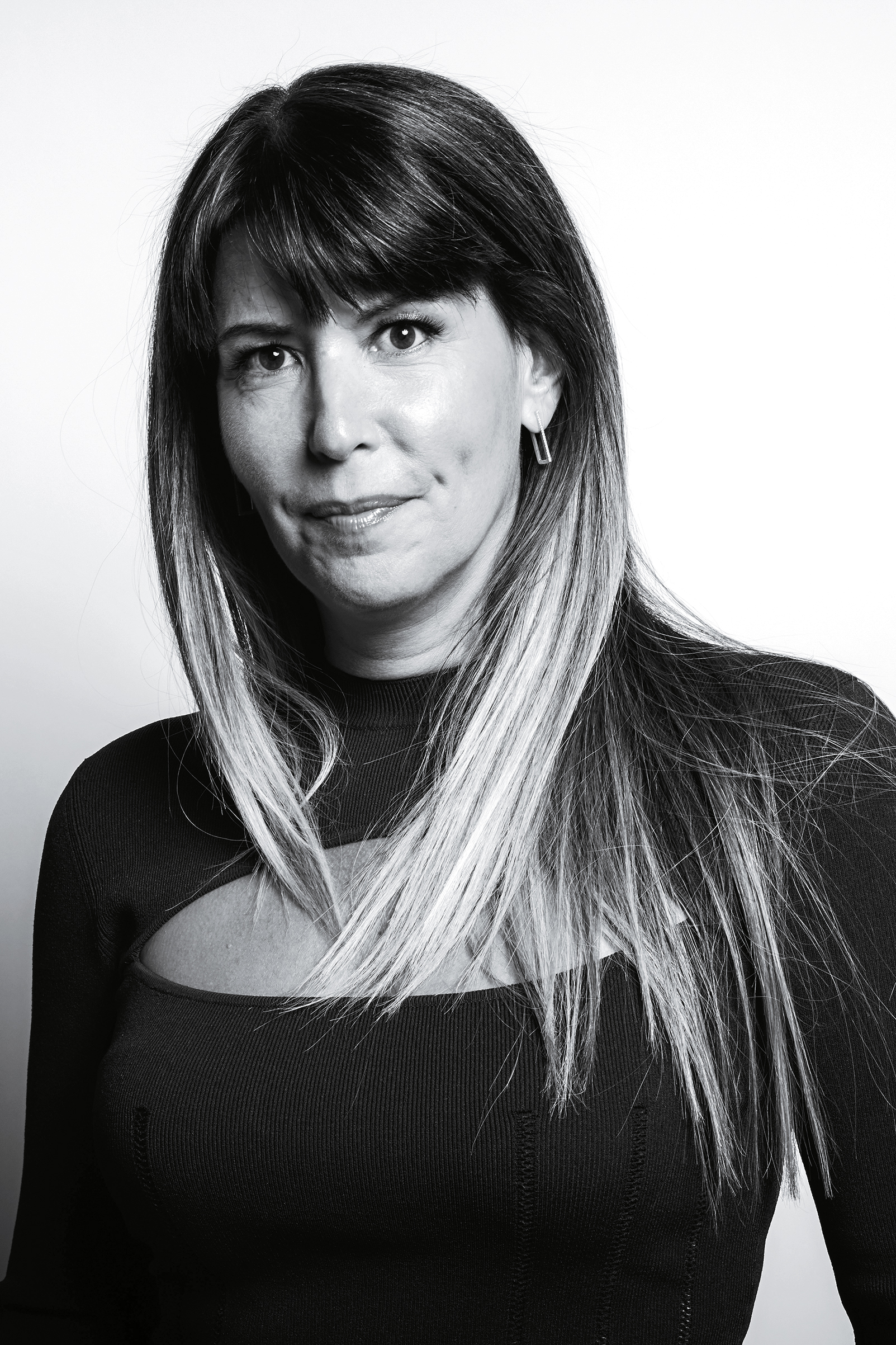 The first man Wonder Woman ever sees, at least in the record-setting movie version of her story, is a fighter pilot. He crashes, she saves him, and that sets in motion her departure from the safe all-female island she grew up on. The first man director Patty Jenkins ever saw was also a fighter pilot: her father William Jenkins. He also crashed, during a combat-training exercise when Patty was 7 years old. He was not saved, and she grew up in her own tribe of Amazons—with her feminist mother and two sisters.

The parallels between the director and the subject of the most lucrative super­hero origin story in history don’t end there. Jenkins is also related to a god: in her case, it’s acting deity Richard Burton, her father’s second cousin. She’s not afraid to travel at speed: she excels at both in-line speed skating and downhill skiing. And crucially, both she and Diana Prince, Wonder Woman’s alter ego, see the world as a place where women take for granted that they have the power to fight back. They grew up more or less innocent of the fact that it could be otherwise.

We cannot be what we cannot see, as the saying goes, and in Wonder Woman, Jenkins created a universe in which an ambitious, strong and, yes, aggressive woman could be admired and followed. She could challenge men who had done wrong and win. Other men would even take her side, because she was right.

Jenkins’ timing was fateful. She offered up her portrait of a woman during a real-world year bookended by the defeat of America’s first mainstream female presidential candidate and the beginning of a revolution against sexual harassment.

But Wonder Woman is more than a timely symbol. “So often superhero victories are obvious,” Jenkins says in an interview with TIME. “There’s a bad guy. He’s going to kill people. O.K., fine.” But when Diana Prince first becomes Wonder Woman, she does so to end a pointless, entrenched battle. Says Jenkins: “It was much more symbolic of ‘I say no to what you all are doing, how you all are living your life. I still love you. I’m still engaged with you. I still understand it’s complicated. But I say no to this. To shooting people from afar who you cannot see, I say no.’”

Jenkins’ grasp of the many tones the story needed—war movie, fantasy, period piece, love story and goddess-out-of-water comedy—made her film admired by critics, and adored by audiences. Wonder Woman exceeded box-office expectations, raking in more than $800 million worldwide. No woman has ever directed a more successful live-action film. And with the coming sequel in late 2019, no female director will ever have scored a bigger paycheck.

Then there was the cultural impact: everyone from Oprah to Christian authors to left-leaning feminists implored audiences to see the film. Wonder Woman’s star, Israeli actor Gal Gadot, became a global phenomenon. Google declared the iconic bustier and tiara costume the most popular one of Halloween.

Because she is now such a powerhouse, it’s easy to forget that the 1941 comic-book character was long considered almost impossible to bring to the screen. Wonder Woman was sincere and old-timey. Her weapons—bracelets, a lasso—seemed quaint. Directors didn’t know how to deal with an action figure who represents love. There was a challenge in making her alluring without objectifying her. No wonder the film landscape was littered with the carcasses of female superheroes. Supergirl, Catwoman and Elektra, when asked to carry a movie, had been unable to withstand their nemesis: indifference.

The missing link that Jenkins provided was this: don’t focus on proving how strong your heroine is. Female super­heroes are often one-dimensional, Jenkins says, “out of fear that adding any other dimension makes them weak.”

She decided to take Wonder Woman’s physical superiority as a given—she is, after all, a goddess—and instead played up her more relatable quirks and desires, her naivete and her growth. Then she hired elite athletes, rather than models, to play the Amazonians and sent everyone to six months of boot camp.

This may seem like an obvious approach, yet Jenkins says she was surprised by how many women told her they wept when they saw the scene in which the Amazonians repel heavily armed men from Themiscyra simply because they are better­ fighters. “It is aggression from a woman’s point of view, which women do feel,” says Jenkins, “but we haven’t seen demonstrated on the screen that much.”

Of course, Wonder Woman isn’t the only blockbuster heroine in recent years. As Melissa Silverstein, founder and publisher of the site Women and Hollywood puts it, “There would be no Wonder Woman without The Hunger Games, and there would be no Hunger Games without Twilight.” But she’s the first protagonist to ascend out of the young-adult genre to the C-suite of superheroes.

And Jenkins had everything to do with enabling a female hero to make that leap. She has what in a guy would be called balls. This is a woman who took her pet pit bull to art school with her, who skis black diamonds, who was knocked over by a speeding car when Rollerblading in Los Angeles but still skates. This, most of all, is a woman who for her first feature, Monster, chose to strip Charlize Theron of her most distracting power, beauty, to allow her to display her real gift, acting. Theron won an Oscar for the role. That was also an early hint of how clearly Jenkins could see past gender. “I am actually just making movies about people,” the director says. “Luckily, the field is wide open with female characters, because there have been so few.”

Jenkins ascribes her confidence to her mother, who raised her and her sisters alone after her father died. She studied at Cooper Union, which is better known for producing artists and architects than blockbuster directors. She spent nearly a decade as a camera operator on commercial and music-video shoots, where there was less a call for artistry and more one for collaboration and a strong work ethic.

That background affects how Jenkins runs her ship. She’s the leader who’s getting up earlier and putting in the most energy. In person, she’s more like a relentlessly positive coach than an auteur—she loves what you do but thinks you could be 20% better. She’s even upbeat about the current uproar over harassment in her industry. “This is a shuddering that is shaking us all very hard and definitely has a lot of worrisome potential,” she says. “But I think it’s necessary that it be so extreme in order to come up with real change.”

In her decade working as one of the only female camera operators on shoots, she was just one of the gang. But when she moved to Holly­wood, she says, the tone of her interactions with men changed. “The second I wanted to be a director,” Jenkins says, “there were constant flirtations and inappropriate overtures and requests to have meetings in weird places.”

Not that she didn’t have positive interactions, even with people whose behavior would later come under scrutiny. In fact, she presented producer-director Brett Ratner, an early mentor and financial supporter, with an award two days before the Los Angeles Times reported that six women had accused him of sexual misconduct. Her experience of him was that he was a flirt, “but none of us ever saw him force himself on anybody in any way,” she says. “It was extremely troubling when these other stories came out.” She has not spoken to him since.

Jenkins has never had a problem with the idea that the same person can be many things, both good and bad, strong and nurturing, evil and misunderstood, supportive and inappropriate. That’s the through line that connects Monster, about a serial killer, and Wonder Woman, about a savior. There are more important events in any given year than the striking rebirth of a superhero. But Wonder Woman gave form, narrative and credence to the idea that women can win.