In this 2000 photo provided by ChinaAid, pastor Wang Yi, left, poses with his wife Jiang Rong at the study room of their home in Chengdu, China.
ChinaAid/AP
By Amy Gunia

Wang Yi was waiting for his arrest. Months before authorities swept into his church in the city of Chengdu in December 2018 and detained him, the outspoken pastor had prepared a six-page, handwritten statement denying the allegations he was sure the Chinese Communist Party would make against him for his work at one of China’s best-known underground churches.

In the end, the Chinese government didn’t even bother making a public case against him. On Monday, Wang was sentenced to nine years in prison for “inciting subversion of state power” and “illegal business activities” following closed-door proceedings.

The pastor, who is the founder of Early Rain Covenant Church in Chengdu will also be “stripped of political rights” for three years and have approximately $7,200 of his assets seized, according to a government statement.

Wang is a well-known Christian leader and was invited to the White House in 2006 by George W. Bush to discuss religious freedom in China. The U.S. was quick to denounce the prison sentence this week. Secretary of State Mike Pompeo criticized the verdict and called for his release: “I am alarmed that Pastor Wang Yi, leader of Chengdu’s Early Rain house church, was tried in secret and sentenced to nine years in prison on trumped-up charges.”

Another leader at the church, located in the capital of Sichuan province, Qin Defu was sentenced to four years in prison for “illegal business operations” in November. Approximately 50 others from the church have been jailed, and some of those who have not been imprisoned have been subjected to harassment by the police or placed under house arrest, according to a Facebook page run by church supporters.

The lengthy sentence, and secret proceedings, show that the Chinese Communist Party feels threatened by the rapid spread of Christianity in the country—especially from churches that operate outside of the government’s rules, experts say.

Fenggang Yang, a professor of sociology and the Director of the Center on Religion and Chinese Society at Purdue University tells TIME that there are about 116 million Protestant Christians in mainland China in 2020.

Compare that with an estimated 90 million members in the Communist Party, and government leaders believe they have cause for concern, Willy Lam, adjunct professor at the Chinese University of Hong Kong’s Center for China Studies says.

Underground churches are “spreading like wildfire” in rural areas of China, he says. “[The Chinese government] is afraid that more people, including less educated people, are turning to the church for their spiritual needs and not to official nationalism and patriotism.”

Underground churches, which have not registered with the government and are sometimes called “house churches” because gatherings are often held in members’ homes, have reported increased repression since the introduction of new regulations in 2018 that effectively banned “unauthorized” religious teachings and required religious groups to report any online activity.

Wang—known for being outspoken—would not comply with Chinese government requirements to register with China’s Religious Affairs Bureau to be recognized by the government, according to Amnesty International.

“He preaches the separation of church and state, he believes the party state apparatus should not intervene in the church,” Lam says.

China is officially atheist but its constitution guarantees its citizens “freedom of religious belief” for “normal religious activities.” The Chinese government officially recognizes five religions: Buddhism, Taoism, Islam, Catholicism and Protestantism. More than a dozen religious and spiritual groups, including Falun Gong, are branded “evil cults” and banned in China.

“Even in official churches, CCTV cameras and other surveillance equipment are installed in every church so that the state knows what the pastor or the priest might be talking about in their sermons,” Lam says.

Some activists say that Wang’s harsh sentence may be a warning for the leaders underground churches to fall into line.

“The government wants to force all churches to register with the officially-sanctioned church so that they can be completely under government control,” Patrick Poon, a researcher at Amnesty International, tells TIME.

The Chinese government is wary of organized religion and has implemented strict rules that religious organizations must follow to operate there. And religious repression has worsened since Xi Jinping—who has cracked down on all forms of dissent and jailed human rights activists, lawyers and journalists—became president in 2013.

Chinese authorities have removed crosses and Christian slogans from churches, confiscated church property, ordered some churches to close and questioned some church leaders or members, according to rights group Amnesty International. Hundreds of Protestant house churches have been closed in recent years, according to the U.S. Commission on International Religious Freedom. In late 2018, one of the largest unofficial Protestant churches in China, the Zion church in Beijing, was shuttered.

Read More: Guerrillas for God: How Hong Kong’s Pastors Are Delivering the Message to China’s Christians

It’s not just Christians facing persecution in China, where an estimated 18% of the population is Buddhist and 2% of the population is Muslim. In far northwestern Xinjiang, more than a million Muslim-majority Uighurs and other ethnic minorities have been detained and subjected to “re-education” and evidence of large-scale destruction of mosques has been reported. In Tibet, repression has worsened under Xi’s rule. Some citizens of the region, where extensive surveillance technology has been implemented and groups of heavily-armed Chinese police keep a watchful eye in the capital Lhasa, have been ordered to replace altars to religious figures like the exiled Dalai Lama with shrines to Xi, according to rights groups.

“Over the last few years, we have seen increasing Chinese government persecution of religious believers from many faiths and from all parts of the mainland,” former Kansas Gov. Sam Brownback, who is President Donald Trump’s Ambassador-at-Large for International Religious Freedom, said on a conference call attended by TIME in early 2019.

In a statement, the U.S. State Department called Wang’s persecution “yet another example of Beijing’s intensification of repression of Chinese Christians and members of other religious groups.”

“In Chinese civil society there is no other organization that rivals the Christian and Catholic churches as a potential threat to the Chinese Communist Party monopoly on power,” Lam says.

“Xi Jinping and the Chinese Communist Party regards the Christian church as the number one enemy.” 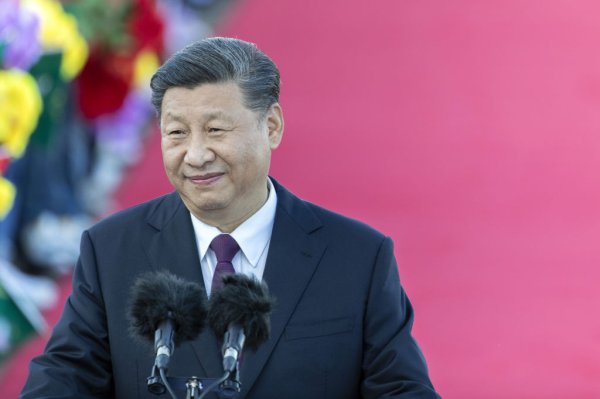