A boy carries a picture of Guatemalan seven-year-old Jakelin Caal, who died in a Texas hospital two days after being taken into custody by US border patrol agents in a remote stretch of the New Mexico desert, as her coffin is taken from Raxruha to the cemetery in San Antonio Secortez, both villages in Alta Verapaz Department, 320 km north of Guatemala City, on December 25, 2018.
AFP via Getty Images
By Jasmine Aguilera

The Department of Homeland Security Office of the Inspector General (OIG) has completed two investigations into the deaths of a 7-year-old and an 8-year-old, both from Guatemala, who died in U.S. Border Patrol custody in December 2018.

It found “no misconduct or malfeasance by DHS personnel,” the agency announced Friday.

The deaths of both children sparked public outcry and protests. Advocates, attorneys and the children’s families later identified the children as 8-year-old Felipe Gómez Alonzo and 7-year-old Jakelin Caal Maquin. There have been other children who have also died in immigration custody, or shortly after their release — leading at least one mother to sue the Administration.

OIG says a state medical examiner’s autopsy determined the child died at the hospital the next day of natural causes due to “sequelae of Streptococcal sepsis.” Streptococcus can cause a variety of disease, according to the Centers for Disease Control, including strep throat, scarlet fever and acute rheumatic fever, common in children between 5 and 15 years old.

A few days later, on Dec. 18, an 8-year-old boy and his father were apprehended near El Paso, Texas. On Dec. 24, after being transported to a checkpoint in Alamogordo, N.M., to await placement, an agent noticed the child looked sick and staff transported the boy and his father to a nearby hospital. After being diagnosed with an upper respiratory infection, the child was discharged and sent to a Border Patrol facility, which administered his prescriptions. Though the boy improved briefly, his condition eventually worsened and was taken again to a hospital. Upon arrival, the boy was unresponsive and pronounced dead. 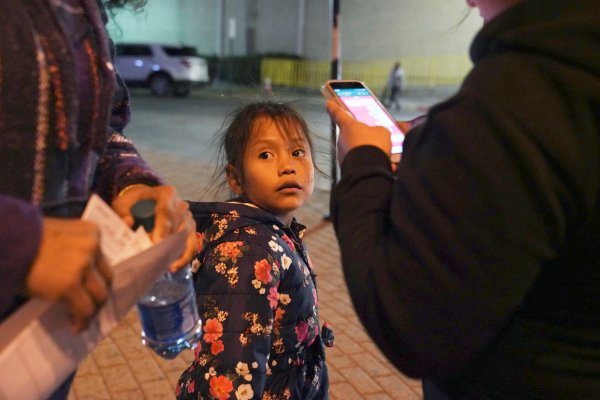 A Child Needed Surgery in the U.S., Gov't Sent Her To Mexico
Next Up: Editor's Pick