The father of the 7-year-old who died earlier this month after being taken into Border Patrol custody is calling for an “objective and thorough investigation” of her death.

Nery Caal Cuz, who is currently staying at a shelter in El Paso, Texas, released a statement prepared by his lawyers Saturday, about the death of Jakelin Caal Maquin after they crossed the U.S.-Mexico border together. The pair had been traveling from Guatemala in hopes of seeking asylum in the United States.

While Cuz’s statement said that he is “grateful” to the first responders who tried to save his daughter, it also contradicted several statements made by the Department of Homeland Security.

The Department of Homeland Security had said that Cuz had signed a document stating that he and his daughter were in good health after the crossed the border. Cuz’s statement said that his and his daughter’s first language is Q’eqchi’, a Mayan language, and they speak Spanish as a second language. However, the Department of Homeland Security form was in English.

“It is unacceptable for any government agency to have persons in custody sign documents in a language they clearly do not understand,” Cuz’s statement said.

While the Department of Homeland Security said that Maquin had not been taking food or water for a few days, Cuz also said his daughter had, in fact, been eating and drinking in the time up to their border crossing.

The statement also noted that despite media and government reports, the family has not yet been informed about the cause of Maquin’s death.

Ruben Garcia, the executive director for Annunciation House—the non-profit which runs the shelter— said in a press conference yesterday that Maquin had appeared to be “fine” as the two of them were traveling through Mexico.

“He’s been very clear, very consistent that his daughter was healthy, and his daughter very much wanted to come with him,” Garcia said.

Garcia also emphasized that it is important to Cuz that there be an “objective and thorough investigation” into what happened to his daughter.

Speaking for himself, Garcia faulted the American government’s harsh policies for forcing families to take more dangerous routes into the country— despite the fact that seeking asylum is legal under national and international law.

“What people are doing is they’re going further and further out, and that is dangerous. It is endangering the life and welfare of families— and obviously of children,” Garcia added

While he said that Cuz’s lawyers had asked him not to reveal details about the specific case, Garcia said that he knows from his experience at Assumption House that many families crossing the border illegally feel that they have no other choice.

“Their lives are beyond impossible. None of us in the United States can imagine,” said Garcia. 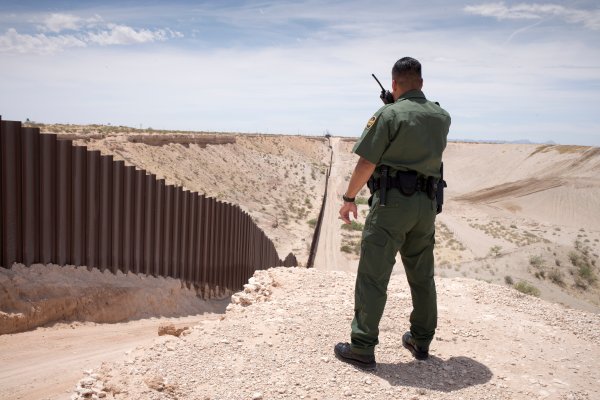