With festive holiday party photos popping up everywhere, it can appear that revelers are all having a rollicking great time.

But it’s important to remember that you don’t need to look like the most joyous frolicker in the room at every shindig. While most people might be grinning from ear to ear, one authentic hero has emerged after making his relatable emotional boundaries known.

That’s abundantly clear in this viral series of videos featuring a baby by the name of Wynn Everett Roth-Lifson — who turned just four months old on Sunday, right after his very first ugly sweater party. That’s where he wordlessly communicated his feelings at the event.

“Wynn’s first ugly sweater party,” his uncle, Jesse Lifson, captioned the post of his nephew, which has been liked 5,000 times.

Behold the excellence of this holiday party animal.

Lifson tells TIME that right before little Wynn made this face he was “passed around at the party because everyone wanted to hold him.”

Despite appearances, the LA-based baby actually did have an absolute blast. “He had a great time at the party. He was there for 6 hours,” Lifson said. “He ate twice, took a nice long nap and soaked in the scene. He loves a crowd, so he’s always fixated on what’s happening around him and all the attention he gets.”

With his sweater, we can see that he referenced the time-honored redemption story that is Dr. Seuss’s How the Grinch Stole Christmas. But after he was passed around, he made the most universally relatable expression when you need a brief break from all that socializing.

Let’s break down his range of emotional expressions, because they warrant some luxuriating.

First, he looks ready for a break after all the mingling.

Then, he furrows his brow and wordlessly expresses that he is deep in thought.

After that, he is ecstatic, though it appears he may not have been ready for some good old belly tickling.

And on Sunday, he rests comfortably at last, for the revelry is over. He was perfect through it all.

This is the holidays done right. 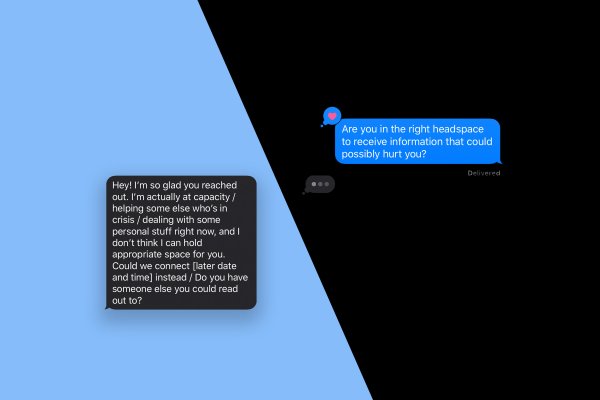 Should You Set Friendship Boundaries? Experts Analyze Those 'Emotional Capacity' Memes
Next Up: Editor's Pick