As trees are being trimmed and stockings are being hung by the fire with care, it’s clear that the holiday season is in full swing and judging from our timelines, it appears that the celebrities we’re following are far from novices when it comes to getting into the Christmas spirit.

From Reese Witherspoon and Chrissy Teigen’s kids working on their letters to Santa to Mindy Kaling singing her heart out to Christmas’ unofficial anthem, it’s evident that there’s nothing like the holidays to bring people together and spread cheer. Just take it from the undisputed Queen of Christmas herself, the one and only Mariah Carey, who’s been wisely preparing for the holiday since Halloween ended this year ahead of the 25th anniversary of “All I Want for Christmas Is You.”

Whether they inspire your holiday decorations this season or encourage you to sing along to your favorite carols, here’s a roundup of how the most festive celebrities are celebrating the holidays on our feeds so far.

The Queen of Christmas got into the spirit of the season by kicking off her holiday tour for “All I Want for Christmas Is You.

Letter writing to Santa was a major holiday activity in Reese Witherspoon’s household.

Mindy Kaling chose to get into the Christmas spirit early by singing the modern Christmas anthem, “All I Want for Christmas Is You.”

At Kourtney Kardashian’s house, gift request lists are already being made.

Kylie Jenner showed off her outfit ahead of a holiday party.

Taylor Swift celebrated the season with a hybrid birthday/Christmas party. 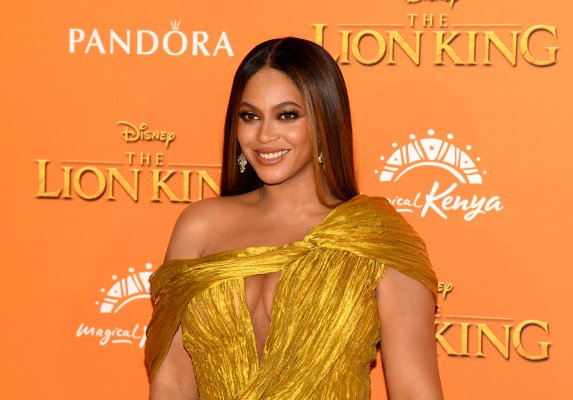 Beyonce Addresses Pregnancy Speculation With a Succinct Response That's So Iconic It Could Be a Song: 'Get Off My Ovaries'
Next Up: Editor's Pick