What Happens Next with NATO

Yet another confab of world leaders came and went this week, long on headlines and short on substance, as NATO leaders gathered in London to celebrate NATO’s 70th anniversary. There were laughs. There were shrugs. There were storm-offs. The only thing there wasn’t much of was genuine cooperation.

NATO is facing some serious existential issues. To be fair, they’ve been facing them since the collapse of the Soviet Union, as the military alliance’s raison d’etre was to counter threats from Moscow. NATO’s purpose was no longer clear, but there was no immediate need to disband. And in the euphoria of those “end of history” days—supercharging the momentum behind multilateralism and international cooperation—it became a vehicle to bring more countries into the Western fold (NATO’s membership grew from 16 in 1989 to 29 members today). For more than two decades it was enough for NATO to plod along.

But then NATO began losing its luster, first slowly then suddenly. The arrival of Donald Trump on the international political scene was the most visible and direct challenge to NATO’s role in a 21st century world. For Trump, all international relationships are transactional, and in his eyes the U.S. brought a lot more to the table than the rest of the allies did—in his own words, “we’re the schmucks that are paying for the whole thing”. The U.S. does indeed spend the highest percentage of its GDP on military expenditure, though the self-imposed 2% of GDP on military expenditures figure he frequently cites (and which only eight NATO members currently meet) was always a voluntary target rather than a requirement of member states.

But as Trump began questioning the NATO alliance out in the open, the dam burst. Turkey’s Recep Tayyip Erdogan opted to purchase Russia’s S-400 anti-missile system back in 2017 after a spate of disagreements arose between Ankara and Washington, and took delivery of that system just this year, a move that shook NATO to its core—the decision of a long-standing member to purchase weapons systems from the alliance’s most notable antagonist (and one that jeopardized critical military technology) moved NATO out of the realm of indispensable security umbrella, making it eligible to be used as a political talking point. That helps explain in part France’s Emmanuel Macron jumping into the NATO-bashing fray as well, referring to the alliance as suffering “brain death” for not being more coordinated (a response to Trump’s unilateral decision to remove its troops in Syria to make way for a Turkish offensive against Kurds there) and lacking true leadership (the role played by the U.S.). It was a comment aimed at reviving a military alliance many consider moribund, yes, but also one spoken for a French (as well as European) domestic audience.

Nobody enjoyed this week’s NATO dysfunction more than Russia, who sees the divides between the alliance’s members and harbor serious hopes of taking advantage of them. But long term, NATO isn’t going anywhere; for all the breathless headlines and open consternation of world leaders, institutions—particularly ones of the national security variety—remain sticky. Trump will someday leave office; Erdogan will eventually leave, too. Europe isn’t going to build an alternative, and its geographic location between the Middle East and North Africa means that national security will remain a priority for the continent so long as it remains caught between two regions with no shortage of political and social unrest. Going forward, NATO will seem less relevant and capable, especially when/if they need to act together, but it’s not about to dumped into the trash heap of history.

A weaker NATO doesn’t spell the end of the West, but it is yet one more data point—and among the most significant ones—of our continuing descent into global geopolitical recession.

This Economist interview with the French president, in which Macron explains that “What we are currently experiencing is the brain death of NATO… [NATO] only works if the guarantor of last resort functions as such. I’d argue that we should reassess the reality of what NATO is in the light of the commitment of the United States.”

Donald Trump doesn’t have that many fans among Europe’s current crop of political leaders… and yet his threats still managed to get them to raise their own military expenditures by about $130 billion over the last five years, proving that getting NATO to take action isn’t exactly a popularity contest. Unfortunately for Trump, winning domestic elections is another matter.

Getting NATO allies to cough up more money (and by extension, not to take America’s commitment to NATO for granted anymore) is one of Trump’s only undisputed foreign policy wins to date. Don’t think he hasn’t noticed; as impeachment and reelection bare down on him simultaneously, he may be inclined to go back to that particular watering hole and kick around NATO allies some more. NATO should brace for a tough year ahead. 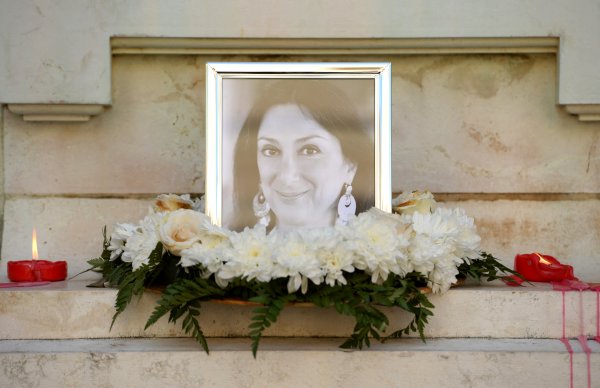