The F-35 Lightning II fighter jet flies during a public display at Luke Air Force Base near Phoenix, Arizona on March 17, 2018.
Contributor—NurPhoto/Getty Images
Ideas
By Ian Bremmer
Bremmer is a foreign affairs columnist and editor-at-large at TIME. He is the president of Eurasia Group, a political-risk consultancy, and GZERO Media, a company dedicated to providing intelligent and engaging coverage of international affairs. He teaches applied geopolitics at Columbia University’s School of International and Public Affairs and his most recent book is Us vs. Them: The Failure of Globalism.

Back in 2017, Turkey agreed to purchase Russia’s advanced S-400 air defense missile system over the strong objections of both the US and NATO, of which Turkey is a member. Turkey has been adamant it will follow through with the purchase, and delivery of the missile system is expected in July. Late last week, the Pentagon announced that Turkey would be cut out from the F-35 fighter jet program unless it changed course; this week, the US House of Representatives passed a non-binding resolution condemning Turkey for its purchase and urged sanctions should the deal go through. Turkish President Recep Tayyip Erdogan reiterated this week that the purchase from Russia is a “done deal.”

Because Turkey is taking concrete steps towards breaking ranks with the U.S.. Turkey has been a member of NATO for 67 years, and while relations between Washington and Ankara have been testy at times, it has been decades since they’ve shown this kind of genuine strain. Turkey seems determined to push the boundaries of the relationship, because not only are the Americans upset that Turkey decided to purchase weapons from perennial-NATO foe Russia (or that the missile system is incompatible with NATO systems), but the installation of the S-400 system will compromise American jets—the radar system on the S-400 can undermine the F-35’s stealth capabilities, and just as importantly, the installation of the system could give Russian military personnel a first-hand look at the vulnerabilities of the F-35. The Turkey purchase also represents yet another potential flashpoint between the U.S. and Russia, and should the deal be completed, it will arguably be Russia’s most tangible success sowing division among Western allies to date.

While Erdogan maintains that the S-400 purchase is no longer up for debate, there is a small chance that Turkey decides to delay the delivery to avoid the ire of Washington (though doing so would annoy Russia). But that seems unlikely at this point; the US will officially cut Turkey from the F-35 program on July 31 or when Turkey accepts delivery of the missile system, whichever comes first. Meanwhile, the US will begin the process of sanctioning Turkey under the Countering America’s Adversaries Through Sanctions Act (CAATSA). As of this writing, it’s an open question of how severe US sanctions will be. The most draconian option for Washington would be to broadly hit the still-fragile Turkish economy and jeopardize Turkey’s access on IMF financing, but it’s more likely that the sanctions will target the Turkish military’s procurement division. At the upcoming G20 meeting in Japan, it will be critical to watch the meeting between Erdogan and Trump. We should have a better sense of where things stand by end of June.

Another thing worth paying attention to: where Turkey places the S-400 systems, which are mobile. If it places the systems near the Mediterranean in defense of North Cyprus, it could stoke tensions with both Greece and the Republic of Cyprus, and by extension the E.U. If Turkey stations the defense systems by the American air base in Incirlik, it would represent a threat to American aircraft and would be seen as a major provocation against the US. So major, in fact, that it could cause the US to abandon Incirlik all together, one of its most important bases in the region.

Turkey has the second-largest military force in NATO. So it’s not just its geostrategic location that matters here—a NATO without Turkey is a weaker NATO overall. But here’s the thing: there is no mechanism for suspending or expelling a country from NATO. Which means NATO is heading into uncharted territory.

General Tod Wolters, NATO’s Supreme Allied Commander Europe: “We are not interested in sharing the capabilities of our F-35 with Russia.”

That Turkey is the only one taking the economic hits throughout this drama. Turkish manufacturers produce 937 parts for the F-35, and if they get cut from the program, Lockheed Martin—the company that builds F-35—will need to find a different source for those parts and could delay delivery to other customers by up to two years.

Condemnation for Turkey over the S-400 purchase is one of the few foreign policy issues that has bipartisan support in Congress as well as support from the White House. Hard to say if that reflects worse on the US or on Turkey. 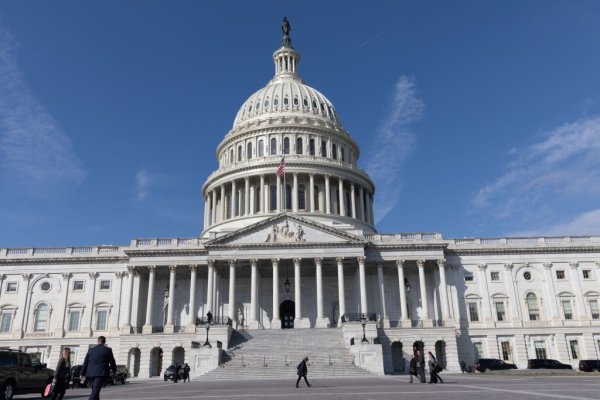 Our Republican Colleagues in the Senate Must Act to Break the Cycle of Gun Deaths
Next Up: Editor's Pick