The Trumps were at Buckingham Palace with several other world leaders on Tuesday during a reception to mark the 70th anniversary of NATO. Video shows the Trumps greeting and chatting with the Queen, Prince Charles and the Duchess of Cornwall, Camilla Parker-Bowles.

At one point, the Queen glances over at Princess Anne, who is standing off to the side away from the receiving line, and appears to gesture toward her daughter in a manner many have interpreted as a request for her to come and greet the couple. Princess Anne, in a move familiar to anyone trying to avoid a social interaction, simply shrugs in response.

While Princess Anne’s refusal has been widely taken as a snub of the Trumps, it does not appear that she violated any royal protocol. Royal commentator Richard Fitzwilliams notes that Princess Anne would not typically be expected to be part of an official receiving line that includes the Queen, Prince Charles and Camilla Parker-Bowles.

It has also been suggested that the Queen was attempting to ask Anne who would be following the Trumps in the receiving line, a question which could have also prompted a ¯_(ツ)_/¯ moment.

Regardless, the Princess was instantly lauded as the Royal family’s newest most unbothered member as the moment went viral. (Perhaps aside from Prince Harry and Meghan Markle, that is, who have attended neither of the Trumps’ visits due to scheduling conflicts.) Even The Crown, which features a prominent storyline about Princess Anne in its latest season, weighed in:

The Trumps have previously experienced potential moments of mockery from the British royals. During a visit to Buckingham Palace in June, the Duchess of Cornwall was caught on camera giving a cheeky wink behind Trump’s back — a gesture the Internet took many an inference from.

Princess Anne’s apparent refusal to engage with Trump on Tuesday did not extend to other NATO leaders. She was also spotted in a huddle with Canadian Prime Minister Justin Trudeau, French President Emmanuel Macron, British Prime Minister Boris Johnson and Dutch Prime Minister Mark Rutte — according to video footage of the conversation, the group was gossiping about Trump’s conduct.

Though it was unclear what Princess Anne said during the conversation, she was seen standing next to Trudeau as he talked about Trump’s long press conference on Tuesday and appeared to mock his other behavior. “You just watched his team’s jaws drop to the floor,” Trudeau said at one point. 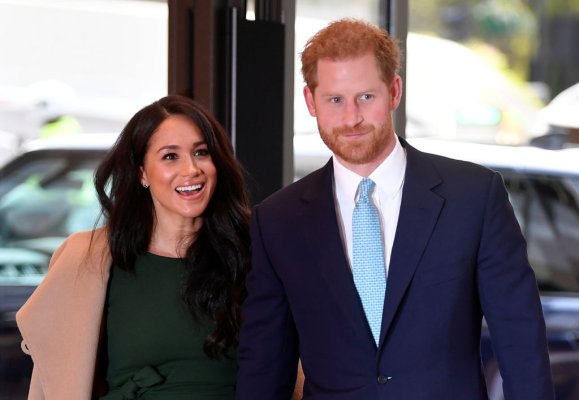