We may be less than a week into December, but it seems there’s already a frontrunner for best commercial of the holiday season. Hafod Hardware, a locally owned store in the Welsh town of Rhayader, dropped a heartwarming Christmas advert on Sunday that has quickly taken off on the internet.

Created by Hafod owner Thomas Lewis Jones, the ad stars Jones’ 2-year-old son Arthur and cost less than £100 ($132) to make. The two-minute-long spot opens with a Marvel pajamas-clad Arthur bouncing out of bed and getting ready for a day running the family business.

After arriving at work, Arthur cheerfully goes about his duties, including sweeping, polishing the counter and stocking shelves, as a cover of “Forever Young” sung by Andrea von Kampen plays in the background. The ad ends with Arthur locking up the shop for the night and preparing to head home with a Christmas tree before the message, “Be a kid this Christmas,” appears on screen.

As of Thursday morning, the commercial had been watched over 534,000 times on YouTube and liked nearly 9,900 times on Twitter. “This must be my favorite advert in some time,” one fan tweeted in response. “It beautifully captures something adverts tend to miss. It touches home to those who appreciate family, hard work, being a kid and Christmas. Well done Hafod Hardware and Merry Christmas to you.” 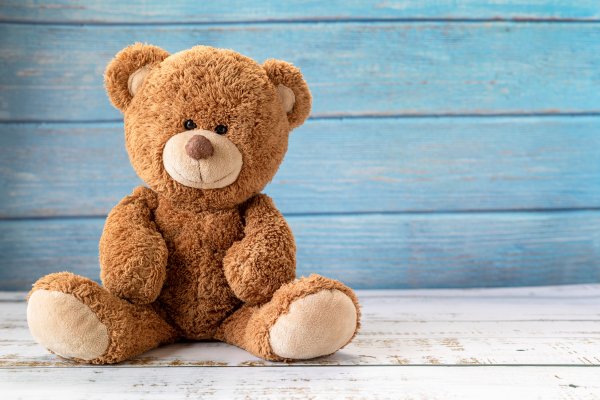 Bear Witness to the Teddy Bear Gift With a Hidden Meaning That's Bestowing a Touching Present on Everyone
Next Up: Editor's Pick