'No Idea What the $4,000 Is For.' Extremely Direct 10-Year-Old Girl's Christmas List Wins For Being the Most Extravagant and Boundless

A young woman who knows a window of opportunity when she sees one would like Santa Claus to treat her to a very lavish array of presents, which her father found amusing enough to share online where the internet most definitely agreed.

This ten-year-old named Drew is ready to celebrate Christmas morning with the utmost extravagance. “My 10 year old daughter must be out of her mind with this Christmas list 😒😒😒,” her father, Andrew Johnson, wrote.

Specifically, she desires a real bunny, and she has plans for the bunny that include a wardrobe. She would also enjoy a hydroflask because all the VSCO girls have one, Chanel fragrance and Gucci flip flops, because they come in handy when you’re lounging with your well-dressed bunny at the pool. Additionally, she would like her family to spring for what appears to be pink duct tape, a GoPro and plenty of Apple products.

And her many, many wishes included but were not limited to $4,000, presumably to cover unknown purchases there was not room on the list for. Online, people really enjoy the real bunny “not to be confused with a stuffed bunny” and the four grand in particular. This list has been popping on Instagram recently and the original tweet has received more than 25,000 likes.

Dreaming big during the holiday season is enough of a flex. But this pint-sized retail therapy patient is clearly no amateur who refuses to limit her choices to the “practical” or the “modest.”

While her father noted that she was “out of her mind” with this year’s list, not everything is off the table.

“Yes, sure, she will get some or more of the more reasonable things,” her father, who is based in L.A. told TIME.

The inspirational list scribe who lives with her mother in Ohio is still unaware of how far and wide her wishes have spread.

“She doesn’t really have an idea of how far this list has went. I sent her some funny updates,” he said.

But the list of demands has reached some of the companies who sell them products, who are naturally willing to make her Christmas dreams come true. “Dicks and Hydro Flask have offered to send her an item off of the list,” he said.

As for the $4,000 that has enthralled and impressed the internet? That remains a mystery.

“No idea what the $4,000 is for. Maybe she has an entirely separate list that she’s planning to buy,” he said laughing.

While we’re on the topic, if you’re interested in pitching for children to receive gifts and have a “magical Christmas when they otherwise might not”, people often turn to Operation Santa. 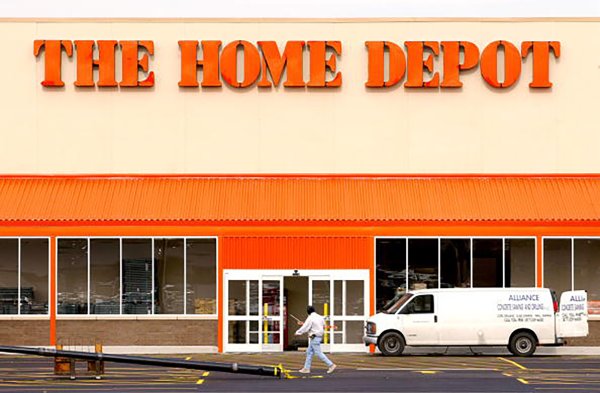 'A Low-Key Bop.' How Dancing to the Home Depot Theme Song Became the Internet's Unlikely Obsession
Next Up: Editor's Pick