One Whale Is Worth Thousands of Trees in Climate Fight, New Report Says

(Bloomberg) –– Climate activists would be better off trying to save whales rather than planting trees if they had to choose between those options, according to a report published by the International Monetary Fund.

Great whales are the carbon-capture titans of the animal world, absorbing an average of 33 tons of CO2 each throughout their lives before their carcasses sink to the bottom of the ocean and remain there for centuries, according an article in the December issue of the IMF’s Finance & Development magazine. A tree, by contrast, absorbs no more than 48 pounds of the gas a year.

That difference prompted Ralph Chami and Sena Oztosun from the IMF’s Institute for Capacity Development, and two professors, Thomas Cosimano and Connel Fullenkamp, to argue that supporting international efforts to restore whale populations, decimated to 1.3 million by years of industrialized hunting, “could lead to a breakthrough in the fight against climate change.”

“Coordinating the economics of whale protection must rise to the top of the global community’s climate agenda,” they wrote. “Since the role of whales is irreplaceable in mitigating and building resilience to climate change, their survival should be integrated into the objectives of the 190 countries that in 2015 signed the Paris Agreement for combating climate risk.”

In addition to binding significant amounts of CO2 themselves, whales also support the production of phytoplankton, which contributes at least 50% of all oxygen to the Earth’s atmosphere and captures as much CO2 as 1.7 trillion trees, or four Amazon forests.

Increasing phytoplankton productivity by just 1% would have the same effect as the sudden appearance of 2 billion mature trees, according to the study.

Protecting whales and raising their numbers comes at a cost. The authors put the value of one animal at more than $2 million, taking into account the value of carbon sequestered over the whale’s lifetime as well as other economic contributions such as fishery enhancement and ecotourism.

The researchers argue that if the whale population were allowed to grow to around 4 to 5 million — the total before the era of whaling — thereby capturing 1.7 billion tons of CO2 annually, it would be worth about $13 per person per year in subsidies.

International financial institutions would be “ideally suited to advise, monitor, and coordinate” actions of individual countries, the authors said. 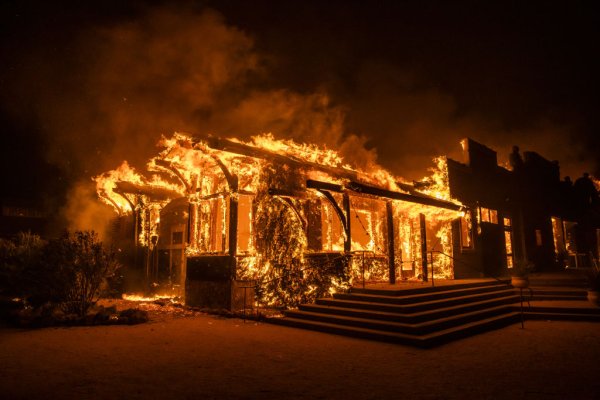 When It Comes to Climate-Change Adaptation, As Goes California, So Goes…the World
Next Up: Editor's Pick