The best nonfiction books published in 2019 look to the past in order to better understand the present. Some revisit conflicts that have shaped the modern world, as Patrick Radden Keefe does in his investigation of a murder in Northern Ireland during an era of sectarian conflict. Some rebut old ideas, as Ojibwe writer David Treuer does to the harmful misconception that Native civilization and culture ended with the Wounded Knee Massacre. And others reclaim traumatic narratives, as Chanel Miller does in her memoir of her sexual assault and the subsequent court case, during which she became known as Emily Doe.

Here, the best nonfiction books of 2019.

10. This Land Is Our Land: An Immigrant’s Manifesto, Suketu Mehta

In a year overwhelmed by contentious debate about immigration across the political spectrum, journalism professor Suketu Mehta—who emigrated from India to the U.S. when he was young—takes a bird’s-eye view of migration. In firm and lucid prose, Mehta, a finalist for the 2005 Pulitzer Prize, calls for us to rethink both the roots and implications of immigration. Examining colonialism through the ages, he argues that populations once displaced by others have a natural claim to settling elsewhere. And he makes a stirring case for the benefits to societies that embrace migrants, asserting that prejudice against them is the real danger.

Buy now: This Land Is Our Land

Journalist Adam Higginbotham spent years researching and reporting his riveting history of the April 1986 meltdown of the Chernobyl Nuclear Power Plant in Ukraine. The result is a definitive, real-time panorama of one of the most notorious human-caused disasters in history, one that made victims and villains of a broad cast of characters, from mechanical engineers to Communist party leaders. Higginbotham’s rich work tells the story of a singular catastrophe embedded in the tensions and dramas of the 1980s Soviet Union, and underscores the factors—brutal inequality, hubris and the prioritization of optics over human life—that led to the demise of the U.S.S.R.

In her captivating essay collection, a follow-up to her 2016 novel The Border of Paradise, Esmé Weijun Wang lays bare what it feels like to live with chronic and mental illness, moving from her diagnoses of late-stage Lyme disease and schizoaffective disorder through intimate descriptions of her experiences with hallucinations and other psychotic episodes. Hers is not a recovery narrative, nor a search for a cure; instead, she tunes out the outside world in order to find new ways to cope. It’s essential reading for anyone who is affected by—or seeks to understand—mental illness.

7. The Heartbeat of Wounded Knee: Native America from 1890 to the Present, David Treuer

Bury My Heart at Wounded Knee remains a defining account of Native American history, but David Treuer, who grew up on an Ojibwe reservation in Minnesota, recognized early on that the story it told didn’t match his own experience. In his engrossing history of events after the massacre at Wounded Knee in 1890, a National Book Award finalist, he rebuts the common idea that indigenous civilizations faded away after that point. Incorporating current-day reporting alongside his own stories, Treuer makes an impassioned case for why Native cultures are a vibrant force in American life today.

After Harper Lee found success with her debut novel To Kill a Mockingbird, the world eagerly awaited her next book. But aside from the controversial 2015 publication of Go Set a Watchman, a book closely tied to her original, new work never materialized. In her page-turning investigation, journalist Casey Cep resurrects a true crime case Lee reported on during the 1970s with the intent of writing again: the story of Willie Maxwell, an Alabama preacher who was accused of murdering multiple relatives for insurance payouts—only to be shot dead at the funeral of one of his alleged victims. In revisiting the crimes and Lee’s interest in them, Cep breathes new life into the story of one of our most enduring cultural figures.

5. In the Dream House: A Memoir, Carmen Maria Machado

An urgent exploration of abuse within queer relationships and the distance our society has yet to come in addressing it, In the Dream House blends personal recollection with references to pop culture, history and literature. Carmen Maria Machado, the author of the celebrated short story collection Her Body and Other Parties, builds her memoir of a toxic relationship in a shared home with the scaffolding of literature itself, with chapters dedicated to specific narrative tropes (“Dream House as Noir,” “Dream House as Utopia,” “Dream House as Comedy of Errors” and more). As Machado considers her trauma from each new angle, the impact of her experience becomes undeniably palpable.

Buy now: In the Dream House

The acclaimed nature writer behind Landmarks and The Old Ways maps the often-overlooked realm beneath us, embarking on an expansive journey through geologic time. From the tombs of the Bronze Age to the sea caves of Scandinavia and the catacombs of France, Macfarlane descends into the most mysterious—and revealing—places under the earth’s surface to consider the impact of humans on the planet. He vividly narrates claustrophobic and sometimes deadly journeys to the land below, taken by himself and others, incorporating science, philosophy and mythology in a meditation on the fragility of the man-made world.

In the early 1960s, Sarah M. Broom’s mother bought a house in New Orleans East with the promise of a vibrant future. That home was the setting of a boisterous childhood for Broom and her 11 brothers and sisters, but also a chasm of need for Broom’s mother after the author’s father died. And then the house fell victim to Hurricane Katrina, washing away in the storm. In her debut memoir, which won a National Book Award, Broom uses her family home as a central character in her exploration of a history that’s at once acutely personal and a part of broader struggles involving race, class and the complex transformation and mythology of a beloved, and misunderstood, American city.

We first encountered the piercing words of Chanel Miller when she was known as “Emily Doe,” a woman who was sexually assaulted on Stanford’s campus in January 2015. In a widely-shared victim impact statement she read at the perpetrator’s sentencing, “Emily” raised her voice above the ugly debate surrounding the case to offer a glimpse into the experience of a survivor. This year, Miller shed her anonymity and stepped into public view as her full self: a sister, a daughter, an artist and an exceptional writer. Her transcendent memoir, Know My Name, retraces her experiences before and after the assault, inviting her reader into her heart and mind as she fights through each step on the path to both justice and peace.

1. Say Nothing: A True Story of Murder and Memory in Northern Ireland, Patrick Radden Keefe

In a swift 460 pages blending true crime and history, Patrick Radden Keefe dusts off a decades-old crime and, in a surprise even to him, stumbles upon a break in the case. Jean McConville, a mother of 10 in Northern Ireland, was snatched from her home in Belfast one night in 1972, never to be seen again. Her disappearance went down in history as one of the most infamous incidents of the Troubles, a decades-long sectarian and political conflict. Over the four years he spent researching and reporting his expertly paced and compassionate book, a sweeping exploration not only of the murder case, but also of the I.R.A. and the violent clashes that ravaged the country, Keefe discovered a connection that led him to identify someone he believes was involved in the killing of McConville. 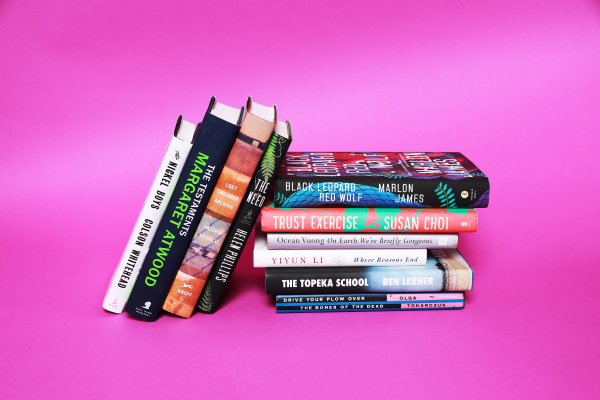