We Do Not Come Empty-Handed: The Economic Case for Immigrants

Newly sworn-in U.S. citizens on Jan. 22 in Lowell, Mass.
Joseph Prezioso—AFP/Getty Images
Ideas
By Suketu Mehta
Suketu Mehta is the author of This Land is Our Land: An Immigrant's Manifesto, and of Maximum City: Bombay Lost and Found, which was a finalist for the Pulitzer Prize. He was born in Calcutta and lives in New York City, where he is an associate professor of journalism at New York University.

America has succeeded, and achieved its present position of global dominance, because it has always been good at importing the talent it needs.

Immigrants are 14% of the U.S. population, but they started a quarter of all new businesses and earned over a third of all the Nobel Prizes in science given to those affiliated with U.S. universities. One of four U.S. tech companies established from 1995 to 2005 had an immigrant founder, CEO, president or chief technology officer, and by one analysis about 71% of Silicon Valley tech workers are immigrants. The numbers are even more impressive at the top: of the 25 biggest public tech companies in 2013, 60% were founded by immigrants or their children, such as Apple’s Steve Jobs, son of a Syrian immigrant, and Google’s Sergey Brin, who came from Russia at the age of 6.

In 2008, Bill Gates stated before Congress that for every tech worker the country lets in, five American jobs are created. Over half of all billion-dollar tech startups have an immigrant founder. Today they employ half a million Americans. Immigrants or their children founded 43% of the 2017 Fortune 500 companies, which employed more than 12 million people worldwide in 2016.

To shut off this incredible wellspring of talent would be to cut off America’s brain to spite its muscles. Because that talent has an increasing number of countries vying to get it to come to their shores.

As the populations of developed countries get older, they need the vigor of immigrants all the more, because they are young. Immigrants in the U.S. are some 14% of the population but constitute 16.9% of the workforce, and these workers are younger than native-born workers. Half of Americans are over 40, and the U.S. will become a nation of geezers as the baby boomers retire. And most immigrants don’t come here with their parents, so their Social Security taxes go toward paying for others’ parents. Immigrants also have more children than the native-born, so their children will continue subsidizing both the graying native-born and their increasingly less fecund children.

Americans are retiring in larger numbers, and they’re living longer. In 1960, there were about five workers paying Social Security taxes for every retiree or disabled person receiving benefits; by 2013, there were fewer than three. And Americans aren’t making enough babies. In 2018, the U.S. fertility rate fell for the fourth straight year, to 1.7 babies per woman; the replacement rate is 2.1.

Starting next year, the Social Security Administration will spend more money than it collects. By 2035, its $2.9 trillion reserves will be completely gone, and the Administration will only have enough money coming in to pay you 80% of the benefits you’re entitled to.

One way this financial Armageddon can be averted, according to a report by the trustees of the Social Security Administration, is to increase immigration, illegal as well as legal. Because immigrant workers are younger, they will work longer and pay more into the system. According to a 2013 projection, immigrants, both legal and illegal, will contribute half a trillion dollars into the Social Security trust fund over the following 25 years. Over the following 75 years, they will contribute at an even faster rate, for an estimated total of $4 trillion.

Immigration reduces the Social Security deficit by hundreds of billions of dollars; the greater the number of immigrants we let in to work and pay into the system, the more likely retirees are to not have to open cans of dog food for their dinner. America’s problem, in the years ahead, isn’t going to be that too many people are coming here. It’s going to be that too few might want to.

Just as America mines bauxite or copper from foreign countries, it has, until Donald Trump, been good at finding the human resources it needs abroad. Take India, for instance, where I grew up until I moved to the U.S. at age 14. Unlike the British, the U.S. isn’t directly implicated in the plight of India, where levels of malnutrition among its children are some of the highest in the world. But it benefits, as the British did, from having Indian immigration. We are the third largest immigrant group (after Mexicans and Chinese)–there are over 4 million of us in the U.S. Starting in 2013, more Indians than Mexicans have entered the U.S. We are recent arrivals; only 31% of us were born here. But we made up for lost time. In 2016, India sent more immigrants to the U.S. than did any other country on the planet.

Indian Americans are the most successful ethnicity in the U.S.: we have the highest median incomes and the highest educational attainment. Seventy-seven percent of us over the age of 25 have a college degree (which is 2½ times the American rate); more than half of college-educated Indians in America have a postgraduate degree. We are 8% of America’s doctors. Up to a fifth of all startups in Silicon Valley were founded by Indians.

As a minority, we are the model. But it’s not because Indians are some sort of master race; if that were the case, what explains India? America skims off the “creamy layer,” as we used to call the elite of the lower castes in India, from other nations. Most of the immigrants who come here are substantially better educated and richer than the countrymen they left behind. We do not come empty-handed, mine host!

Trump and Jared Kushner have proposed a new immigration plan that would change the family-based system to a “merit”-based system in which skills, knowledge of English and an ability to assimilate will take precedence over family connections. In 2017, two-thirds of the 1.1 million green cards that America gave out went to relatives of U.S. residents; only 12% were attained through employment.

If America’s immigration system were to be based on “points”–if it lifted its lamp only to the highly skilled–then my own family and those of many other Indians would never have been allowed in. I am in the U.S. as a result of “family reunification,” or what Trump calls “chain migration.” We haven’t taken a dime in welfare. When we needed money, we borrowed from family. For immigrants, the family isn’t a chain. It’s a safety net.

My mother came here in 1977 because her sister in Detroit, a U.S. citizen, sponsored her and her husband and their three small children. My mother wouldn’t have gotten a visa based on her skills. Because, as I discovered recently, my mother never finished her college degree.

In March 1963, in Mumbai, my mother was in the back of a taxi with two of her friends from the elite Sophia College, going to her uncle’s house for dinner. In a month, she was to get her bachelor of arts, in philosophy and French, after her final exams. She was confident of the results; she was a good writer, and her essays would be shown around as a model for other students. She had married my father the previous year and was now five months pregnant with me.

The taxi pulled into a petrol pump to get refueled, and her friends insisted that she move to the middle because she was pregnant. The taxi drove out of the pump, and a drunk driver came speeding down, broadsiding the taxi. Her friend sitting near the window had multiple fractures. The friend sitting on the other side was also hurt, and the taxi was totaled. But my mother seemed to be largely unhurt, except for some bleeding around the hip.

The doctor told her this. He also said, “If it was my own sister, I would tell her not to sit for the exams,” which involved sitting for six hours at a stretch, and now there was this accident. “You can take the exams if you want, but it could be risky for the baby.” So my mother rested in bed for some time, then went to Kolkata to join my father, and had me. But of course studying was impossible for a new mother. She never got her B.A. She had never mentioned this incident to me until now.

So I said it, in my parents’ car, as we were coming up to the George Washington Bridge, 36 years after the accident: “You gave up your college degree for me.”

My mother is, like most immigrants, an ordinary hero. Like most immigrants with kids, she wants what parents want: a better life for her children, for whom a college degree is the least of the things she is prepared to give up. The most American of values is family. When we allow family to be reunified, we will find merit in the most unexpected places.

Adapted from Mehta’s forthcoming book, This Land Is Our Land: An Immigrant’s Manifesto, published by Farrar, Straus and Giroux 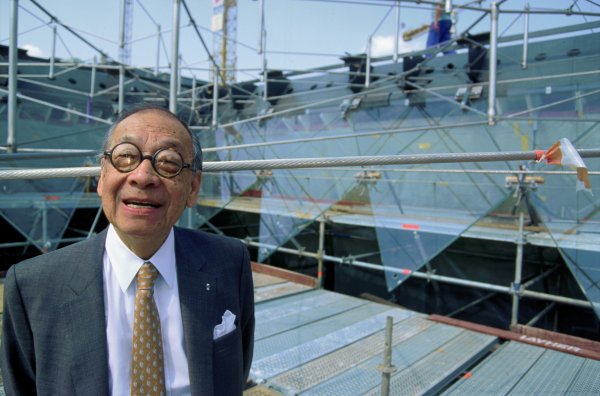