(Bloomberg) — Three months after Donald Trump’s efforts to buy Greenland were rebuffed, talks targeting the island are being resumed, this time with a focus on investments and security.

U.S. Secretary of State Mike Pompeo is due to meet with Danish Foreign Minister Jeppe Kofod in Washington D.C. on Wednesday to discuss the strategically important Arctic territory.

“We want the Arctic to remain a low-tension area so it is very important to have a close cooperation with the U.S. in terms of presence and enforcement,” Kofod said in a phone interview, after confirming the meeting was taking place.

Greenland, which is an independent territory inside the Kingdom of Denmark, became the focus of an international spat in August when Prime Minister Mette Frederiksen rejected Trump’s bid to buy the island. The incident prompted the U.S. president to cancel a state visit to Denmark, after Frederiksen referred to the discussion as “absurd.” Trump responded by calling her remark “nasty.” The two ultimately resolved the dispute over the phone.

Kofod declined to comment on whether the U.S. is still pursuing a purchase of Greenland.

Kofod underlined the importance of maintaining good ties with the U.S. after Denmark in October approved the construction of the Russian gas pipeline Nord Stream 2. The go-ahead for the link, which will pass through Danish waters, had been the final hurdle for the $11 billion project.

The White House had objected to the pipeline, urging European countries to diversify their energy supply and to reduce Russian economic interests in the region. U.S. officials have warned that project partners risk facing sanctions.

Denmark has also criticized U.S. demands regarding contributions to NATO. The U.S. wants its European allies to spend 2% of GDP on defense by no later than 2024, citing the agreement between NATO member states. Denmark and a number of other countries have yet to present plans to bring them to the 2% target. Kofod said he expects NATO to be among topics discussed with Pompeo on Wednesday.

“There should be no doubt that we want to invest in our own security and defense. But this meeting is also about making the U.S. confirm their commitment to NATO,” he said.

Denmark has raised its military spending recently, but not enough to reach the 2% target by 2024. 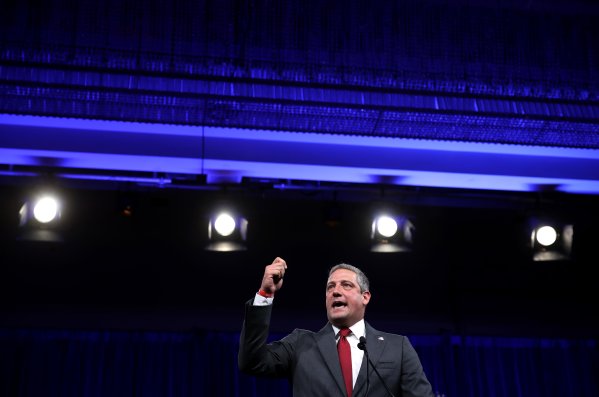