Halloween may be over but thanks to The Little Mermaid Live!, the costume memes are still flowing. During ABC’s Tuesday night telecast of its semi-live-action adaptation of Disney’s beloved animated classic, viewers seemed unable to tear their eyes away from one performer in particular: Shaggy.

The “It Wasn’t Me” singer, who starred as Ariel’s (Auli’i Cravalho) crab sidekick Sebastian, was decked out in an all-red outfit that strangely resembled Michael Jackson’s iconic all-red look in the “Thriller” music video. The ensemble included red boots, red jeans, a red leather jacket and, most notably, red fingerless leather gloves in place of claws — a detail that definitely didn’t go unnoticed by the internet.

Some people watching at home quickly took to social media to hilariously express their confusion over why Shaggy wasn’t wearing a crab costume while his backup dancers were dressed up in full crustacean regalia.

“So dancers got a crab costume and shaggy just dressed in red…,” one Twitter user wrote.

“The fact that Shaggy just put on a red leather coat,” tweeted another, adding the crying emoji face. 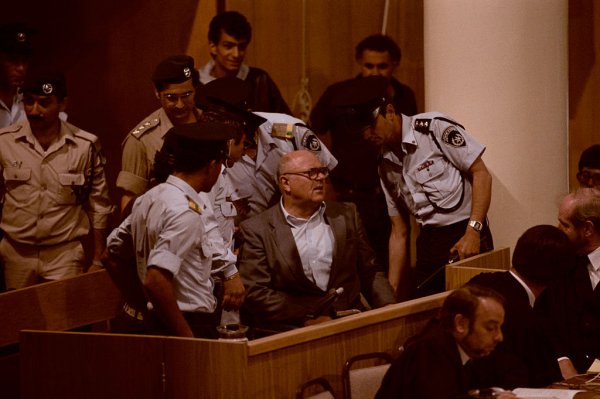 The History Behind Netflix’s Nazi Trial Documentary Series 'The Devil Next Door'
Next Up: Editor's Pick