Thousands of people packed into New York City’s Madison Square Garden on Saturday night to watch an Ultimate Fighting Championship (UFC) event, but the moment that might have caused the biggest stir happened out in the crowd: the arrival of President Donald Trump.

The audience erupted into boos and cheers as the President entered the stadium to the song “Back in Black” by AC/DC and took a seat with his sons Eric Trump and Donald Trump Jr., as well as Republican politicians Rep. Mark Meadows of North Carolina, Rep. Peter King of New York and minority leader Rep. Kevin McCarthy.

The headlining match, a face-off between stars Nate Diaz and Jorge Masvidal, ultimately went to Masvidal after a doctor stopped the fight before the fourth round due to a cut near Diaz’s eye. But whether the boos or applause won out in the crowd seems to have depended on where you were sitting in the stadium, or your political perspective.

While several media outlets reported that the President had been primarily booed, Trump himself appears to have been pleased with the reception, tweeting on Sunday morning, “Walking into Madison Square Garden last night with @danawhite for the big @UFC Championship fight was a little bit like walking into a Trump Rally. Plenty of MAGA & KAG present. Great energy.”

The hosts of the show Fox and Friends also agreed that the crowd had cheered for the President.

“This is not a P.C. crowd, right here. This is a crowd that appreciates the brawler style of a brawler President,” said Pete Hegseth.

As the President is facing an impeachment inquiry in the House of Representatives, the audience’s big reaction to his presence hardly comes as a surprise. Just last week, Trump was booed at a World Series game between the Washington Nationals and the Houston Astros in Washington, D.C.

The UFC match, in particular, was especially loaded with meaning for Trump. It comes just days after news spread that Trump, a lifelong New Yorker, had declared his primary residence as Florida. Trump also has a long history with the UFC itself; he is credited with having given the sport a boost after he started hosting its events at his defunct Atlantic City venue, the Trump Taj Mahal, in the 2000s.

Outside of the stadium, the President also had a polarized reception from demonstrators. A gathered crowd held up a mix of “Trump 2020!” and “Impeach Trump” signs. Some chanted “Danger, danger! There’s a fascist in the White House!” while others shouted “four more years!”

Fighter Masvidal, for his part, seemed to have been excited that the President was attending his fight. An avid Trump fan, he told TMZ before the fight that having the President in the audience was “humbling.”

“No matter what your political views are, not every fighter can say, ‘Hey, the President is showing up to my fight,’ you know?” Masvidal said. 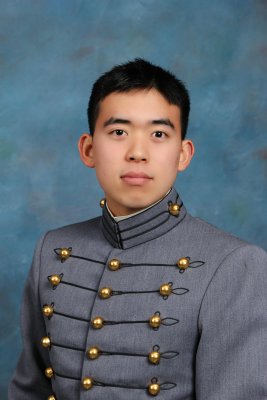