Inside the White House's Struggle to Address Impeachment

As the House’s impeachment inquiry extends into its fifth week, the Trump Administration is struggling to overcome a series of setbacks lobbed by the courts, Congress, and its own senior staff.

The White House’s challenges are unfolding on both legal and political grounds. On Oct. 25, a federal judge ruled that the Democrats’ impeachment inquiry is legitimate and that the Administration’s strategy of stonewalling the Congressional investigation doesn’t hold water legally. Meanwhile, both the Administration and its congressional allies are grappling with how best to defend against an increasingly robust set of allegations involving the President, and have yet to develop a coherent, national response.

While Congressional Republicans have for the most part remained steadfast in their defense of the White House, public opinion polls in swing states are trending against President Trump, and a handful of high profile defections have rattled party leaders. How this two-pronged battle unfolds will affect not only the impeachment inquiry and Trump’s own political prospects, but also the balance of power between the White House and Congress for decades to come.

The battle between the two branches of government began on maximalist footing. On Sept. 24, House Speaker Nancy Pelosi broke with tradition when she announced a formal impeachment inquiry without authorization by a full House vote. Two weeks later, the White House responded with a formal letter from White House counsel Pat Cipollone and what one senior White House official described as a “total halt” of cooperation with the probe. Since then, a handful of crucial decisions have have shifted the balance of power in favor of Congress.

On Oct. 25, Judge Beryl Howell, the chief judge in the federal D.C. District Court, issued a decision that included three crucial findings. The first was to order secret grand jury materials from Robert Mueller’s investigation to be handed over to the House, giving them a trove of new information to work with.

Second, Howell ruled that the White House’s sweeping decision to broadly block nearly all Congressional subpoenas was not only legally unsound, but also triggered a need for even broader transparency. Citing the Oct. 8 letter from Cipollone, in which he referred to the impeachment processes as “baseless, unconstitutional efforts to overturn the democratic process,” Howell called for court-ordered disclosures. “The White House’s stated policy of non-cooperation with the impeachment inquiry weighs heavily in favor of disclosure,” she wrote. “Congress’s need to access grand jury material relevant to potential impeachable conduct by a President is heightened when the Executive Branch willfully obstructs channels for accessing other relevant evidence.”

Elliot Mincberg, former chief counsel for oversight and investigations of the House Judiciary Committee, said Howell’s decision amounted to a direct challenge to the Trump Administration’s claim of extreme executive power. “It’s another step that shows the judiciary isn’t willing to accept these very broad assertions of virtually absolute executive authority,” said Mincberg, who is is now a senior fellow at the advocacy group People For the American Way.

The Justice Department announced on Oct. 28 that it is appealing Howell’s decision, and has asked for a stay on the order to hand over secret grand jury materials. The appeal is based in part on the premise that Pelosi is keeping the impeachment inquiry focused tightly on Ukraine-related conduct, so House investigators don’t need access to grand jury material from the Mueller investigation. But it’s not necessarily true that no secret information in the Mueller report could be relevant to the investigation, and Howell herself seemed to indicate that there could be impeachable conduct buried within the redacted material in 448-page report. “Tipping the scale even further toward disclosure is the public’s interest in a diligent and thorough investigation into, and in a final determination about, potentially impeachable conduct by the President described in the Mueller Report,” she wrote.

The White House has continued with a hard-nosed legal strategy, continuing to order government officials not to participate in the House proceedings. Most witnesses who have appeared before the House investigative committees have done so under Congressional subpoena. This legal standoff will likely come to a head soon. On Oct. 28, Charles Kupperman, a top deputy to former National Security Adviser John Bolton, declined to show up for his scheduled congressional testimony. Kupperman instead filed a lawsuit arguing that he was facing competing demands from the legislative and executive branches and needed an answer from the courts about what he should do. The judge assigned to the case, Richard Leon of the D.C. District Court, has asked to hear arguments from the White House, Kupperman and the House on Oct. 31.

Since the inquiry began, Cipollone and his team have managed the White House’s legal response, Sekulow said. But Republicans both inside and outside the White House—including Trump’s son-in-law Jared Kushner—believe that’s no longer sufficient, and are pushing to build a team that will handle public messaging with regard to impeachment, according to a source familiar with the dynamic. But more than a month into the inquiry, the White House has yet to establish a clear message, much less a chain of command within the legal and communication teams. In October, lobbying rules prevented the White House from hiring former Congressman Trey Gowdy to head up the proposed impeachment war room, and staff are still looking for someone else to take the job. “It’s not an easy job working for the president,” a White House official told TIME on Oct. 20. “He wears people out.”

With little direction from the White House, Congressional Republicans have largely focused on criticizing the process of impeachment, rather than the substance of Democratic investigations. They argue that Democrats are being unfair to the American people by interviewing witnesses behind closed doors. But Trump himself has recently been critical of that strategy. “I’d rather go into the details of the case rather than process,” Trump said, standing beneath the wing of Air Force One on his way to Chicago, IL on Oct. 28. “The case is very simple and quick.”

Congressional Republicans may very well be forced to make that shift soon. House Democrats released a resolution on Tuesday formalizing the impeachment inquiry and laying out steps for open hearings. According to a congressional aide, a vote on the resolution is expected to take place Thursday.

Meanwhile, the White House has committed other unforced errors. On Oct. 17, Acting White House Chief of Staff Mick Mulvaney held a disastrous press conference in which he seemed to acknowledge that there was a quid pro quo in Trump’s withholding of military aid to Ukraine—a question at the very heart of the impeachment inquiry. “We do that all the time with foreign policy,” he said. “I have news for everybody: Get over it. There’s going to be political influence in foreign policy.”

The reaction to Mulvaney’s assertions was swift. Sekulow promptly sent out a statement saying Trump’s legal counsel wasn’t involved in the briefing, and the Justice Department distanced itself from the comments as well. Mulvaney walked back his remarks hours later, saying in a statement, “There was absolutely no quid pro quo between Ukrainian military aid and any investigation into the 2016 election.” But to many observers, the damage was done. “It’s kind of hard to argue that he didn’t say it,” said Florida Rep. Francis Rooney, a retiring Republican lawmaker, the day after Mulvaney’s walk-back. “If I understood it correctly, he basically cleared up what was a matter of some vagueness—that he basically said it was a quid pro quo if I understand it. Which is not a good thing.”

As questions about the impeachment inquiry work their way through the courts, including the appeal of Howell’s decision and Kupperman’s pending lawsuit, the greatest risk for the White House may be the fact that House Democrats could fold what they see as the White House’s attempts to obstruct the impeachment process and the allegations resulting from the underlying case into potentially impeachable conduct.

“This president has committed high crimes and misdemeanors multiple times, and each time he’s not held accountable, he commits higher crimes,” one Democratic congressional official told TIME. So while there’s enough to impeach the president now, the official argued, the investigation will continue. “Just because you have enough, doesn’t mean you stop.” 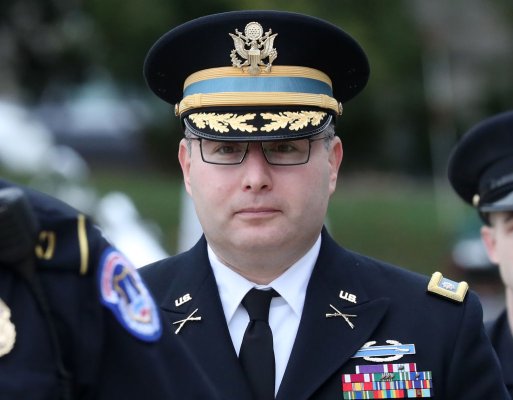