China Says It's Building the New Silk Road. Here Are Five Things to Know Ahead of a Key Summit

A woman takes pictures in front of a flower display ahead of the Belt and Road Forum in central Beijing, China, May 10, 2017.
Thomas Peter—Reuters
By Charlie Campbell / Beijing

It’s championed by pliant academics in state newspapers, danced about by ethnically diverse children in propaganda videos, and financed by fretful bankers with little hope of recouping their investments: China’s Belt and Road Initiative is a leviathan transnational infrastructure scheme that’s hard to ignore.

On Sunday, a two-day summit on President Xi Jinping’s keynote project opens in Beijing, attended by 1,500 delegates from 130 countries, including 29 heads of state and government. Russian President Vladimir Putin and Philippine President Rodrigo Duterte are the star names on show, and even North Korea is sending a delegation. (Though E.U. leaders are in relatively short supply.)

In short, the Belt and Road Initiative (otherwise known as One Belt One Road, or OBOR) is a revival of the iconic land and maritime Silk Road via a trade and infrastructure network spanning East Asia to Western Europe and South through Africa. It consists of roads, railways, ports, pipelines and everything in between across a region with a $26 trillion infrastructure deficit, according to some estimates.

The basic idea is to make it easier for China to trade with the world, at a time when its economy is slowing, with the happy corollary that the world will find it easier to trade with each other. But OBOR remains a nebulous, confusing concept, which offers enormous benefits but only if significant challenges can be negotiated.

“Major concerns remain regarding the transparency of how China is financing these projects, and the extent to which China is able to manage security risks in OBOR countries,” says Nick Marro, China analyst for the Economist Intelligence Unit.

OBOR covers 65% of the world’s population, three-quarters of global energy resources and 40% of GDP. China’s annual trade with OBOR countries already exceeds $1.4 trillion. But Beijing’s overlapping disputes in the South and East China Seas have fed suspicions that OBOR is a Trojan horse for extending its geopolitical clout.

If so, China is backing that gambit with hard cash: The China-Pakistan Economic Corridor — connecting China’s westernmost city of Kashgar to Pakistan’s port city of Gwadar, some 2,000 miles away — will alone cost $46 billion. (By comparison, the U.S. has spent $33 billion in Pakistan since 2002, two-thirds on security.)

Above all, OBOR signifies that China is embracing an international presence like never before, and the old isolationist adage of “hide your strength, bide your time,” coined by China’s reformist leader Deng Xiaoping, is very much a thing of the past. “The scale of China’s Belt and Road Initiative could eclipse the role of the G-7 or G-20 Forums as a new framework for stimulating infrastructure development in low income developing countries,” writes Rajiv Biswas, Asia-Pacific chief economist for IHS Markit.

Even academics who have immersed themselves in OBOR since Xi Jinping unveiled the initiative in 2013 are unsure about the specific parameters. That’s maybe because there are none: any nation, company, organization anywhere is welcome to join OBOR, says Beijing — even the U.S.

Only one official map of the project has been produced, though, and that was swiftly withdrawn, leaving analysts and the media to draft their own based upon dribs and drabs of solid information. “Almost anything now can be counted as Belt and Road,” Tom Miller, author of China’s Asia Dream: Empire Building Along the New Silk Road, told a recent talk at the Foreign Correspondent’s Club of China.

Before President Donald Trump nixed the Trans-Pacific Partnership, OBOR was seen as Beijing’s rival to that Washington-led free trade pact, which Beijing opted not to join. Some say that China’s offer to help build ports and railways across the region is just a cynical ploy to shift excess capacity overseas, particularly steel. The numbers don’t support that — China’s overcapacity is simply too big — though there are clear geopolitical and security benefits from China diversifying its energy resources.

Currently, up to 80% of China’s oil arrives via the Strait of Malacca, thus is vulnerable to blockade in time of war or other crises. New pipelines through Central Asia, Myanmar and Pakistan therefore make strategic sense. As does the idea of strengthening connectivity across Asia, with China very much at its beating heart. “Writing off OBOR is a big mistake,” says Professor Nick Bisley, an Asia expert at Australia’s La Trobe University. “It speaks to a leadership vision that is very Chinese.”

OBOR consists of $900 billion of planned investments, making it probably the grandest investment drive put forward by a single country. In 2015, China transferred $82 billion to three state-owned banks for OBOR projects. It also set up the Asian Infrastructure Investment Bank (AIIB) primarily to fund OBOR, of which the $100 billion of initial capital may be doubled soon.

But doubts remain over the financing: Crucially, Xi unveiled OBOR when raw commodity prices were high, thus exploiting hitherto untapped supplies in Central Asia made sense. But today’s historic low prices stamp a big question mark over the economic viability of these projects.

In addition, the political expedience of supporting OBOR means that many seemingly unrelated projects are jumping on the bandwagon in the hopes of securing easy funding. That opens the door for projects that “don’t fit with the government’s strategy or perhaps accelerate systemic risks,” says Nicholas Consonery, a China specialist at FTI Consulting. “Or maybe they are just bad investments.”

Back when Marco Polo was meandering to the Far East in the 13th century, Asian trade routes were on the whole freely navigable. Today, however, festering conflicts pepper China’s western flank — including Afghanistan, Pakistan and parts of Myanmar, as well as farther afield in Ukraine and the Middle East. China’s own westernmost region of Xinjiang, key to nearly all of the Belt part of the OBOR, is also prone to strife.

Already, a Chinese-financed port in Sri Lanka has been postponed following deadly protests, and the Indian government is rumbling about the China-Pakistan Economic Corridor, which passes though disputed Kashmir. That project is a key part of OBOR, potentially slashing the time of transporting goods from eastern Chinese factories to the Middle East from 12 days to 36 hours. But other than Kashmir, the route also snakes past Taliban territory and Baloch insurgents.

The big question is how will China protect its investment. Are we going to see Chinese boots on the ground? That’s a prospect that would radically reform the region’s security architecture. “We don’t really know much about co-financing in the host governments, and the kinds of debts and repayments that are going to be involved,” says Carlyle Thayer, emeritus professor at the Australian Defence Force Academy. “And all that infrastructure spanning out from Western China can be hostage to instability.” 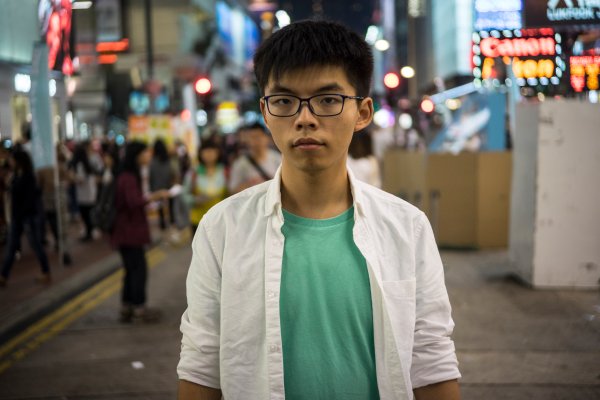