President Trump announced plans to withdraw the U.S. from the Paris Agreement on climate change Thursday, a move that will weaken a key international measure aimed at fighting global warming and isolate the U.S. on an issue of importance to allies across the globe.

In a ceremony at the White House Rose Garden, Trump argued that dumping the deal as a win for his Administration’s promise to create jobs and a rare success following through on a campaign promise.

“In order to fulfill my solemn duty to protect America and its citizens, the United States will withdraw from the Paris climate accord but begin negotiations to reenter either the Paris accords or really an entire new transaction on terms that are fair to the United States,” he said.

“So we are getting out, but we will start to negotiate and we will see if we can make a deal that’s fair,” he added.

But energy and environmental policy experts say withdrawing will do little to bolster job growth and may actually hinder investment in the rapidly expanding clean energy sector, which has drawn $300 billion in annual investment in recent years. Executives from leading companies, including oil and gas giants like ExxonMobil and Shell, spent months lobbying the Trump White House to stay in the deal arguing that the pact provided a clear and effective structure for addressing climate change on an international scale. Even some in the coal industry pushed Trump to stay arguing the U.S. could use its seat at the table to promote fossil fuels, including the research and development of technology to decrease emissions from coal-fired power plants.

Trump also faced pressure to stay in the deal from the international community. Nearly every country across the globe supports the Agreement, with the exception of Nicaragua and Syria, and Trump has faced lobbying efforts through diplomatic channels since the early days of his presidency. That effort intensified in Italy during the G-7 summit last week where heads of government told Trump in stark terms that leaving the deal would be a mistake. The meeting ended with the U.S. declining to participate in a joint statement supporting the deal endorsed by the other countries.

The move, which will take several years to implement according to a White House source, joins a long list of maneuvers from the Trump White House aimed at dismantling President Obama’s legacy on climate change, from initiating a reevaluation of Obama’s rules on power plant emissions to pushing the development of oil and gas pipelines. But how to approach the Paris Agreement divided senior members of the Trump administration unlike the other rollbacks of environmental protections. For months, advisers debated how the agreement would affect Trump’s domestic policy agenda as well as the political implications of the decision.

Ultimately, Trump sided with the hardliners within his Administration, including chief strategist Steve Bannon and Environmental Protection Agency Administrator Scott Pruitt, who insisted that withdraw would further his domestic agenda and rally his base. He also received calls to leave from several conservative groups and 22 Republican senators. Still, the withdraw push faced considerable setbacks including disagreement from Secretary of State Rex Tillerson, chief economic advisor Gary Cohn as well as his daughter, Ivanka, and son-in-law, Jared Kushner.

More than any other environmental policy change, the Paris Agreement represents a dramatic change in direction from the past decade of international discussions on climate change. Under Obama, the U.S. forged key partnerships with countries including China and India and helped structure the text of the deal to address concerns from developing countries. In many ways, the result was a symbolic commitment calling for every country to work to address climate change, setting their own targets and working to meet them with their own policies. Countries set only voluntary greenhouse gas emissions reductions targets and the most significant binding portion of the Agreement was only that countries report their progress transparently.

Ditching the agreement signals to the world that the U.S. has no interest in the issue, even symbolically without any cost or penalty, and is willing to toss aside years of grinding work from the global community. Negotiations have been ongoing since the early 1990s under a United Nations body charged with addressing climate change, and the Paris Agreement is widely considered the culmination of that effort.

Still, a U.S. exit will not kill the Paris Agreement, and world leaders have only reaffirmed their commitments in response to Trump. China and the European Union have both tried to position themselves as the natural heirs to the mantel of leadership assumed by the U.S. during the Obama years. They announced last month a joint summit to bring together global leaders on the issue, a group that does not include the U.S. Both have said they will continue to help fund renewable energy projects in the developing world. “If the U.S. is not seen as one of the leading nations, it’s quite clear that other counties will turn more to us, more to Chinese,” Maroš Šefčovič, vice president of the European Commission and the chief energy policymaker for the European Union, told TIME earlier this year.

Indeed, the most significant consequence of withdraw for the U.S. may be the diplomatic fallout and the loss of respect for U.S. leadership. Former State Department Climate Envoy Todd Stern, who negotiated the Paris Agreement on behalf of the U.S., described this as “collateral damage” in an interview with TIME earlier this year.

“Countries all over the world are quite invested in the Paris Agreement,” he said. “It was a long time coming and widely regarded as a historic step forward … you’re going to have a lot of anger.”

Zeke Miller contributed to this report 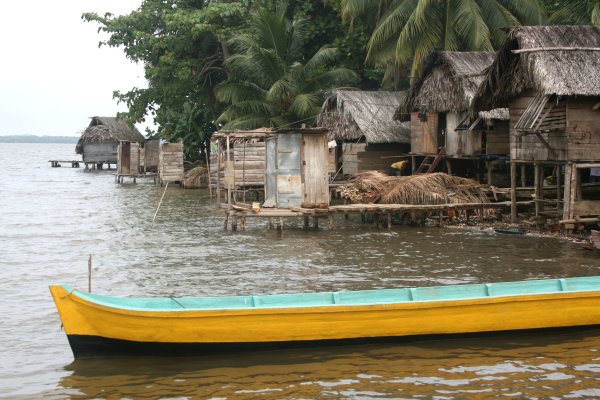 Nicaragua Didn't Sign the Paris Agreement Because It Didn't Go Far Enough
Next Up: Editor's Pick