'One Country, Two Systems' Is Still the Best Model for Hong Kong, But It Badly Needs Reform

A pro-democracy protester throws a police teargas cartridge back at police officers in the Central Government Offices on September 15, 2019 in Hong Kong, China.
Carl Court—Getty Images
Ideas
By Brian Wong and John Mak
Brian Wong is a DPhil in Political Theory candidate at Balliol College, Oxford, and a Rhodes Scholar from Hong Kong. They are the founder of the Oxford Political Review.
John Mak is an inaugural Obama Scholar and the founder of multiple NGOs that focus on building civil society relations between Hong Kong and Southeast Asia.

Hong Kong’s 1997 handover was historic in the adoption of the One Country, Two Systems arrangement, by which the city would continue to enjoy its distinct political, socioeconomic, and legal arrangements under a unified China, for at least fifty years without change.

But to say that the transition hasn’t been easy is an understatement.

Reviewing the past summer in Hong Kong, where peaceful mass rallies attended by millions have descended into some of the most acrimonious violence and destruction witnessed by the city, it is tempting to attribute the events to monolithic explanations and engage in the blame game. Many in the movement portray themselves as struggling against an authoritarian hegemon, whereas the establishment characterizes the movement as riotous vandalism incited by socioeconomic woes and foreign interference.

We suggest an alternative interpretation: that this summer of unrest is the product of accumulated, fundamentally defective, communicative failures and interpretative differences by all parties, surrounding the implementation of One Country, Two Systems.

This summer’s unrest was sparked by opposition towards a now-withdrawn extradition law amendment, which drew significant controversy over its perceived impacts on Hong Kong’s judicial autonomy. But the seeds of mistrust go back to 2003 and the administration’s attempted introduction of Article 23—a law that sought to outlaw speech, assemblies, and political activities jeopardizing Chinese national security.

The legislation was criticized as being suppressive of Hong Kong’s freedoms, and was eventually dropped after half a million people took to the streets. The then Secretary for Security, Regina Ip, also resigned, but the now familiar battle lines had been drawn up: Beijing took the stance that democratization in Hong Kong must be accompanied by the guarantee that any such progress would not threaten China’s national security, while the Hong Kong public gradually developed the antagonistic perception that Beijing was reluctant to grant the city genuine political freedom. Hence the bitter impasse today.

It has not always been this way, however.

From 1997 to 2008, the Chinese economy’s historic growth rates, the increase in mutually beneficial cross-border financial and economic activities, and China’s international successes—from hosting the Olympics to its space travel—instilled heightened pro-Chinese sentiment among the Hong Kong public. Even during political crises—from the demonstrations against the controversial Article 23, to anger over the government’s handling of SARS—Hongkongers directed their anger towards the local administration as opposed to Beijing. Politicos even quipped that had Hong Kong been granted universal suffrage then, the elected candidate would almost certainly be a pro-Beijing figure.

The honeymoon ended in 2009, with highly publicized rallies against the construction of a high-speed rail link to China. Chinese customs and immigration law applied in parts of the terminal building, symbolizing to protesters an encroachment upon Hong Kong’s territorial rights. That controversy and other, seemingly innocuous disputes—ranging from the trading of parallel goods across the Shenzhen-Hong Kong border to shortages of maternity ward beds due to the influx of mainland Chinese women seeking to give birth in the territory—instilled a desire for a local government willing to stand up for local needs.

For its part, the central government was taken aback by what it saw as blatant ingratitude, given the enormous Chinese investment in Hong Kong, and the opening-up of business opportunities on the mainland to Hong Kong investors since reunification. Both sides focused on distinctly disparate metrics: Beijing on the aggregate numbers and statistics, Hongkongers on the lived experiences inaccessible to many in the political elite. The Two Systems principle offered little insight into how such frictions ought to be resolved.

Many in Hong Kong turned as a remedy to full universal suffrage—as promised in the Basic Law, the city’s mini-constitution. The argument was that Hong Kong’s issues could only be tackled by a leader accountable to all Hong Kong citizens (as opposed to one selected by a college of 1,200 carefully screened electors). For Beijing, instantaneous universal suffrage was a no-go. In governing a vast and heterogeneous nation, with a history scarred by political disorder, its policymakers were apprehensive about the potential instability and uncertainty brought about by a free election for Hong Kong’s leader. It insisted that democratization must come gradually. In 2010, moderate democratic lawmakers in Hong Kong reciprocated the goodwill, in entering into multiple closed-room dialogues with mainland officials, which resulted in the Democratic Party—the largest opposition party—endorsing a compromise proposal that would institutionalize universal suffrage by 2017, but allow Beijing to vet candidates for the role of chief executive, as Hong Kong’s top official is called.

China saw this as a sign of Hong Kong’s willingness to embrace a slow, steady march towards full democracy. Yet certain democrats and radicals saw the hedged proposal as a betrayal of genuine suffrage. Their view gained significant traction, particularly among Hong Kong youth, between 2010 and 2011, as a combination of rampant socioeconomic inequalities, scandals involving high-ranking officials, and controversies over legislative mechanisms nudged many to pivot towards more fundamental and systemic skepticism, both toward both the local administration and the territory’s relations with the Mainland. Such skepticism manifested in criticism increasingly targeted at Beijing, which began seeing opposition lawmakers as a prospective threat to its sovereignty.

A pro-democracy demonstrator holds a sign reading "HK Is Not China" during a protest in the Mong Kok district of Hong Kong, China, on Tuesday, Oct. 1, 2019.
Chan Long Hei/Bloomberg via Getty Images

The development of Hong Kong identity

The establishment believed that the public’s declining approval of the Chinese regime could be resolved through enrichment of their understanding of Chinese history and politics, coupled with a rigorous civil education. Thus, in 2012, the government introduced the Moral and National Education (MNE) program, with the intention of bridging the communicative gaps between the mainland and Hong Kong. What this move underestimated, perhaps, was the recalcitrant disillusionment towards the administration among many in Hong Kong—particularly the young. The anti-MNE movement effectively portrayed the curriculum as “brainwashing propaganda” and the overwhelming opposition eventually compelled the administration to withdraw the proposal.

How should the system manage the increasingly opposing identities now developing? Should Hongkongers identify themselves as Chinese or something else, and should the government undertake measures to engineer their identity? These questions remained unanswered in 2012.

The original statement of the One Country, Two Systems principle never explicitly addressed many highly pertinent cultural questions. This was understandable, given the difficulty of foresight and the unprecedented nature of the arrangement. But in the meantime, a distinctly identitarian undertone was nurtured in Hong Kong’s opposition. The MNE controversy triggered the construction of a specifically Hong Kong identity that served effectively as the antithesis to the compromize “Hong Kong Chinese” identity that held sway prior to 2008.

The Chinese administration deemed the new ideological strand as secessionist and perilous to Hong Kong’s continued stability. For Beijing, the question of local or regional identity opened a Pandora’s Box that would threaten the country’s cohesiveness. Accordingly, on Aug. 31, 2014, the central government issued the seminal white paper on the 2017 chief executive elections, which called for all candidates to “love the country [China] and love Hong Kong” and stipulated stringent selection criteria over the candidatures.

This ruling was met with substantial backlash from the Hong Kong public, triggering the 2014 Umbrella Movement, which saw 79 days of largely peaceful, albeit law-breaking, sit-ins in the city’s key districts. One Country, Two Systems faced its greatest challenge yet, with Beijing seeing Hong Kong’s nascent democracy movement as threatening the country’s territorial integrity, while those in the movement saw it as one system’s legitimate defense against the other.

Since 2014, the gulf between pro-Beijing and anti-Beijing camps has become wider. The former sees the promise of autonomy under the Basic Law as correlated with stability, economic freedoms, and the preservation and maintenance of formally written laws and rights. The latter treats autonomy as a dynamic, political concept, existing only through unfettered universal suffrage. Beijing views democratization in Hong Kong as founded upon the prerequisite of not interfering with China’s continual political and economic ascent, whereas many in Hong Kong have grown increasingly impatient over the calcified governance that they see as the product of a system without free elections and political accountability. Given the increasing polarization and breakdown in communication between the people of Hong Kong and the central government, this summer’s events were all but inevitable.

There remain 28 years to go before the promise of 50 years without change ends. One Country, Two Systems remains the optimal model for managing the relations between Hong Kong and China. Rejuvenating the model, however, requires adapting it to address the political, socioeconomic, and cultural concerns of the Hong Kong public and this would be impossible without structural reforms in how political consultation, policy-making, and accountability-maintenance are enacted.

In order for Hong Kong to recover from this summer, all parties must act with pragmatic moderation and compassionate sensitivity in overcoming fundamental, yet not intractable, communicative differences between the city and the mainland. We must navigate a difficult, but necessary, path that seeks convergence in interests and preservation of values between the two systems, under one country. 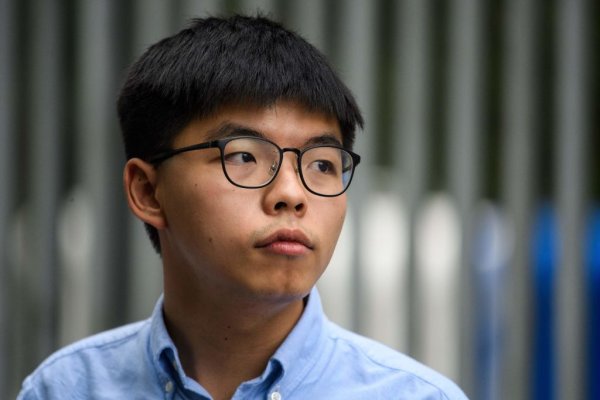