Bernie Sanders’ Campaign Is Looking Strong. But Can He Grow His Base?

Sen. Bernie Sanders stood on a stage in Iowa City’s pedestrian mall staring out at a crowd of more than 1,300 on Friday night. It was a cold autumn night, and his audience was a sea of bundled up supporters holding up signs and giant letters spelling out his name. Children looked on from a nearby playground. Here was a group within which were some of his most ardent supporters.

Things have been looking up for the Vermont senator since the start of October, when he suffered a heart attack. And in many ways, despite taking time off to rest, he’s managed to convert the last month into one of the most successful in his 2020 Democratic presidential campaign so far. He’s still polling in the top three, he’s shown he’s one of the strongest fundraisers in the field and he’s got the backing of the likes of New York Rep. Alexandria Ocasio-Cortez and Minnesota Rep. Ilhan Omar, two of the most recognizable progressive politicians in the nation. But one of the questions hovering over his campaign is whether he can grow his base of support, enough not only to win the nomination, but also to beat President Donald Trump.

In 2016, Sanders performed very well in Iowa, defying expectations when Hillary Clinton just barely beat him. In many ways, it was his competitive run overall that helped pave the way not just for his own candidacy, but for a collectively more progressive field of candidates happy to take up the mantle he turned mainstream. Part of the challenge for Sanders now is keeping the coalition he had in 2016 — and expanding it. That’s a hard feat for any candidate in a still-wide primary field, but possibly especially so for someone who is no longer a fresh face.

“It’s hard to capture the same kind of energy two times in a row,” said Tim Gannon, a former Democratic candidate for Iowa Secretary of Agriculture, of Sanders. “The dynamics are so much different. He’s not as much the insurgent because he ran last time and proved that he was popular and a lot of his ideas were popular, especially among Democrats, so instead of running after a person who was very much the front runner, he’s among … the hunted this time around, and I think that there are candidates who have eaten into some of the support that he enjoyed last time.”

Sanders’s campaign manager has recognized the need for additional voters, telling the Wall Street Journal this week that for a Sanders victory, “he needs a mass mobilization of people who have not voted before.” In a note to Sanders supporters on Friday, the campaign’s Iowa state director Misty Rebik said they had already “collected more commitments to caucus for Bernie Sanders than we had on January 1, 2016.”

This week, Sanders returned to Iowa for an “End Corporate Greed” tour through the state, accompanied by his wife, Jane. In the last several days, he’s also been rolling out local endorsements in multiple states, and he has planned travel to Detroit to appear alongside Rep. Rashida Tlaib (another member of the so-called freshman “Squad” in Congress) with a performance by Jack White, and several other scheduled rallies, including one with Omar. At events in Iowa this week, he often brought up the Ocasio-Cortez endorsement as well. It remains to be seen whether buzz created by such high-profile endorsements will have any effect on voters weighing him as a potential candidate to support.

“I think he’s got a good line of support behind him, and I think he can grow it. That was actually, if I had a chance, I want to know from him … how he plans on maybe trying to get [Republicans] to come over and vote Democratic,” said Eva Garcia, 64, a Waterloo resident who drove an hour to Toledo, Iowa, for a Sanders town hall on Friday. Though Garcia said she caucused for Sanders when he first ran for President, she said she was “maybe” open to supporting someone else.

For many of his backers, it’s Sanders’s decades-long commitment to a message that they point to as his strength and the reason they like him. Some of them also point to it as a reason for picking him over his progressive counterpart, Massachusetts Sen. Elizabeth Warren, a close friend and Senate colleague.

“Elizabeth Warren is a neat person in a lot of ways, but she is not Bernie Sanders. Bernie’s got the track record … he’s been consistent all the way through,” said Patrick Bosold, 70, a Fairfield resident wearing a baseball tee with a young Sanders on it that he picked up at a recent campaign event hosted in Iowa’s Field of Dreams. On Friday Bosold volunteered with the Sanders campaign for a press conference in Newton, Iowa, held at a Maytag complex, where Sanders said “it goes without saying” he would support whomever became the Democratic nominee, even it it was not him. (“I hope it’s me,” Sanders added.)

Sanders himself at events often notes how long he’s been singing the same song. Asked at a League of United Latin American Citizens (LULAC) event on Thursday night in Des Moines how he distinguished himself from other candidates (in a question specific to Latino voters), Sanders relied exclusively on that argument.

“What distinguishes my candidacy from the others is that I have been fighting for the working families of this country for many, many decades. I have walked on picket lines, probably more picket lines over the years than all of my competitors have collectively,” Sanders told an approving crowd, where some supporters sat wearing “Unidos Con Bernie” T-shirts.

After facing criticism in his first run for not reaching out to minorities enough and having a largely white team, the campaign has this time undertaken steps to address both in an attempt to shore up further support. But it will be voters from every corner of the Democratic party that he will have to convince to back him.

“To convince me to vote for someone else, other than Mayor Pete [Buttigieg], would be kind of hard,” said Nancy Sund, 70, a Toledo resident who attended Sanders’s town hall there on Friday. Sund said she supported Clinton in 2016, but after hearing so much about Sanders in the last election cycle, she said she wanted to see for herself whether he could be the right candidate for her.

“I was impressed,” Sund said of Sanders after the town hall. “I don’t know if it was enough to change my mind. It’s early yet.” 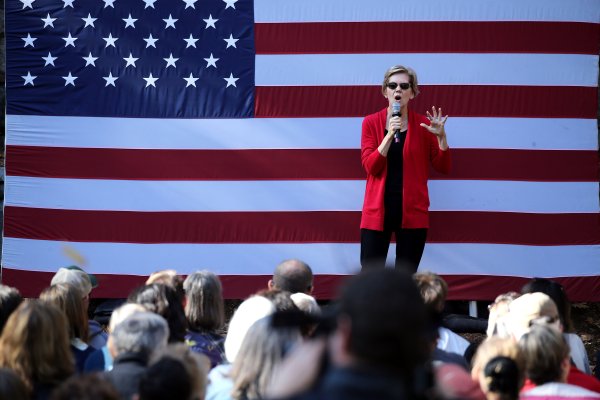