Sen. Bernie Sanders, one of the front runners in the 2020 Democratic primary, has canceled campaign activity until further notice following an emergency heart procedure, his campaign announced Wednesday morning.

His campaign said Sanders experienced chest discomfort during a campaign event on Tuesday evening. Health evaluations that followed revealed Sanders had a blockage in an artery for which two stents were “successfully inserted.”

“Sen. Sanders is conversing and in good spirits. He will be resting up over the next few days. We are canceling his events and appearances until further notice, and we will continue to provide appropriate updates,” said Jeff Weaver, a senior adviser to Sanders, in the statement.

He was scheduled to be in Las Vegas on Wednesday. Later this week, Sanders was expected in California for a two-day college tour focused on Latino voter outreach.

The news comes in what had been a strong week for the campaign so far, with the announcement that Sanders raised $25.3 million in the third fundraising quarter of the year. He had also just announced his first ad buy for Iowa of his 2020 campaign on Tuesday, but his campaign confirmed to TIME that it had been postponed on Wednesday morning.

Sanders, who came to national prominence during his 2016 primary run against Hillary Clinton, is the only self-described “democratic socialist” running in the field. He consistently comes in the top five candidates in the polls.

Other 2020 candidates rushed to send well wishes to Sanders on Wednesday morning, including his close friend Sen. Elizabeth Warren, another of the field’s front runners. “Bruce, Team Warren, and I are sending all our best wishes for a speedy recovery to @BernieSanders. I hope to see my friend back on the campaign trail very soon,” Warren tweeted.

On the trail, Warren said she’d called and texted Sanders as well.

While the U.S. Senate is currently in recess, Keane Bhatt, his Senate communications director, said in a statement to TIME that “the Senator intends to fulfill his Senate duties to the best of his ability upon the return to session.”

— With reporting by Charlotte Alter 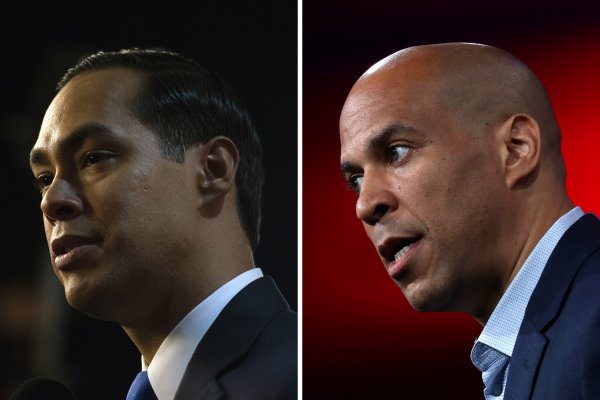