The Big Kids Are Alright. Here's the Real Deal With the Town That Went Viral for a Trick-or-Treat Age Limit Mix-up

A Virginia city has made headlines once again for its law designed to prohibit teens and adults from trick-or-treating. But big kids in Chesapeake, rejoice: On Halloween, children of all ages can set out with their pumpkin pails, Stranger Things costumes and get their sugar highs.

Mayor Richard West has confirmed to TIME that he is “absolutely” against the 1970 ordinance that has somehow remained on the books. “We didn’t even know it existed until it went viral last Halloween,” he says.

The ordinance says that “if any person over the age of 14 years shall engage in the activity commonly known as ‘trick or treat’ or any other activity of similar character or nature under any name whatsoever, he or she shall be guilty of a Class 4 misdemeanor.” It clarifies that this does not apply to parents or guardians of younger kids, but also makes trick-or-treating later than 8 p.m. a misdemeanor, too, bringing to mind the age-old adage that nothing good can happen so late at night.

While news outlets and talk-show hosts like Jimmy Kimmel have poked fun at Chesapeake for the ordinance in the past, West says he’s hoping to get rid of it. “I would anticipate us removing the ordinance all together,” he says.

The city (and many others throughout Virginia) passed the law in the ’70s after safety concerns threatened Halloween for the community. “There were problems, beginning in the ’70s, when the ordinance was passed, with groups of older teenagers harassing younger kids,” West says. Still, the severity of the crime for hunting candy as a 15-year-old has always seemed particularly strange to West. “I don’t know how it got to the ridiculous part of having it be a misdemeanor.”

Though the law is technically still in place, among other more typical laws like inhaling toxic drugs and receiving stolen goods, West wants any and all teenagers to go out there and have fun on Oct. 31. “My message is, have a good time, be safe,” he says.

So don’t worry, Chesapeake high schoolers — you won’t land in jail for your enormous Kit-Kat collection. 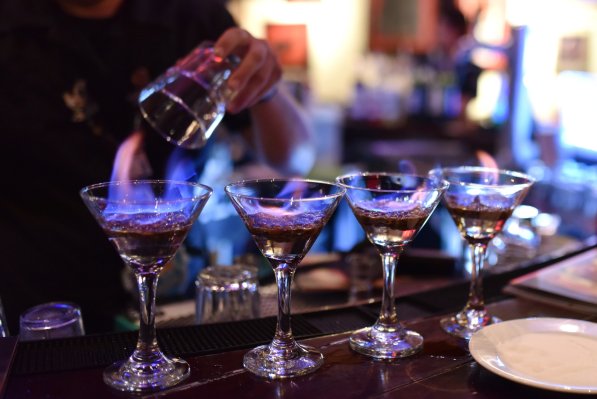 People Are Binging on All of the Eggs, Fire, Beer and Attitude in Liu Shichao Drinking Videos
Next Up: Editor's Pick