An idea for a new Charmed reboot has gone straight to the dogs and fans couldn’t be more excited.

Twitter user @AgathaChocolats posted a photo of three dogs dressed like witches and ready for Halloween trick or treating, captioning the photo, “In six words or fewer, write a story about this photo.” Eventually the photo reached Alyssa Milano. The actress, who played Phoebe Halliwell on the long-running TV show where three “charmed” sisters fought the powers of darkness, came up with a genius caption in just three words, “The Charmed Ones.”

Fans quickly glommed on to the idea of an all-dog reboot of the series and even started trying to figure out which dog would play each of the three Halliwell sisters.

Sadly, the all-dog reboot is just a pipe dream, unless Hollywood is really looking for its next great idea that already has fans buzzing.

The joke idea for the reboot comes after Milano and Holly Marie Combs, who played her on-screen sister Piper, reunited on Grey’s Anatomy during part of ABC’s “Cast from the Past” week that brought fan favorites from the past to current shows. Perhaps next time ABC can have the dogs guest star, as well—or the actual Charmed reboot, which is currently airing on The CW, can give the fans what they want they want and cast these photogenic pups.

Of course, that wasn’t the only joke inspired by the photo of the Halloween-ready pups. There was one about “Marge from Accounting” and her multi-layered idea for a Halloween costume.

Another Twitter user decided the pups were channeling the witches from Shakespeare’s Macbeth:

Another thought the dogs were inspired by another Halloween classic, The Witches of Eastwick :

Or perhaps that was Hocus Pocus?

Others guessed that perhaps the spell went haywire, although the results were clearly, ahem, charming : 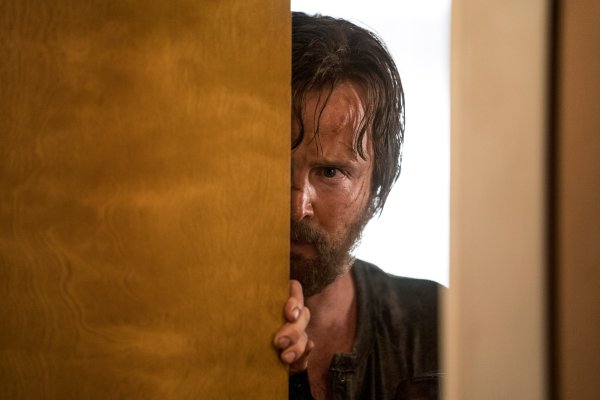 Review: El Camino Transforms Breaking Bad's Jesse Pinkman Into an Action Hero for the Ages
Next Up: Editor's Pick