Everyone knows how it goes: One minute you’re saying yes to the man of your dreams, and the next champagne is drowning your face.

Staging an engagement photo for your dreamiest dream day is a whole operation, but rarely does it end with such an unplanned, magnificent result.

A viral photo of Collin Hewett recently celebrating his commitment to Alyssa Snodsmith began with all the trappings of an idyllic picnic-for-two, with a nearby photographer ready to capture it all.

Hewett told TIME that his bride-to-be wanted to create a romantic picture she found on Pinterest, taken by Brianna Bender Martin, that featured a gallant guy heroically pouring champagne into his lady love’s mouth.

But in the spirit of so many gender reveal fails, things didn’t go as planned. In fact, the first attempt just didn’t pan out because he said he just didn’t have the right angle.

Didn’t have the right angle with the bottle indeed.

Yes, things really got popping when Hewett uncorked the champagne in his beloved’s general direction. And as can happen with bubbly, it exploded right in her face, leaving her covered.

The lighthearted snapshot made its way over to Twitter courtesy of the romantic gentleman, who readily admitted that he “botched it.”

More than 450,000 people have liked the tweet since it was posted Sunday. Many are appreciating the relatable comedy of the situation, and her reaction that proves she’s a great sport.

“I was trying so hard to pour it slowly that when it started to kind of trickle out at the end, I over-adjusted and it came pouring out all over her,” he told TIME, laughing.

They took it in stride eventually.

“At first I was in shock, I couldn’t believe what I had just done, I felt so bad, but then she kinda just started laughing and cleaning herself up!”

And luckily, the pair was able to change their clothes and take new pictures in the end.

“Relationships are meant to be fun and if you can’t laugh through the hard stuff and mistakes it might not be worth it,” he said.

It is — in one splashy snapshot — a prime example of one’s high expectations versus the reality of the situation, as people online were quick to share. But it’s important to note that the couple in question had a sense of humor about the photo fail.

“I’m fine by the way,” Snodsmith added in the replies to the original tweet.

This has — it may not surprise — transpired before, and the internet seems to love it all.

Here’s saying cheers and best wishes to the happy couple, and the inevitable moments when romantic ideals promptly explode in your face. 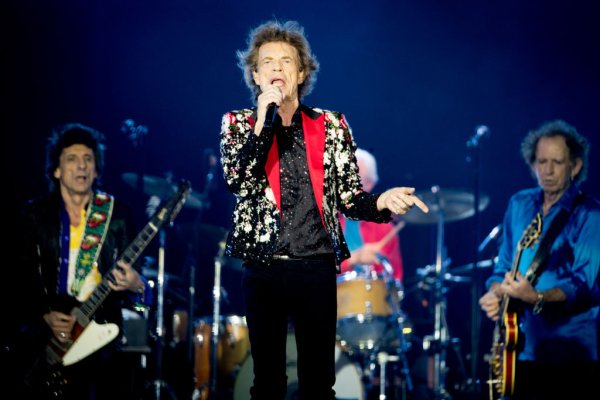 Join This Man on His Quest to Discover He's Actually in the Crowd in an Old Magazine Photo
Next Up: Editor's Pick