While one recent viral gender reveal featured a hippopotamus eating a watermelon, this one was even simpler, meant to just feature a large balloon. But the balloon proved to be pretty hard to pop. (And hard to stop, too.)

A video shared first on Instagram by user @BrentPMurray and then on Barstool Sports’ Twitter shows the unfortunate series of events. A man and woman attempt to pop the large black balloon by whacking it with sticks. But it flew away. Then, they tried to chase it. And then, the father fell down as he attempted to hop the fence.

“Everything went wrong during this gender reveal,” Barstool Sports said in the post. The video, posted on Twitter Oct. 6, has been viewed close to four million times as of Tuesday afternoon.

The baby’s gender remains unknown to TIME at this juncture, as the balloon is gone with the wind. 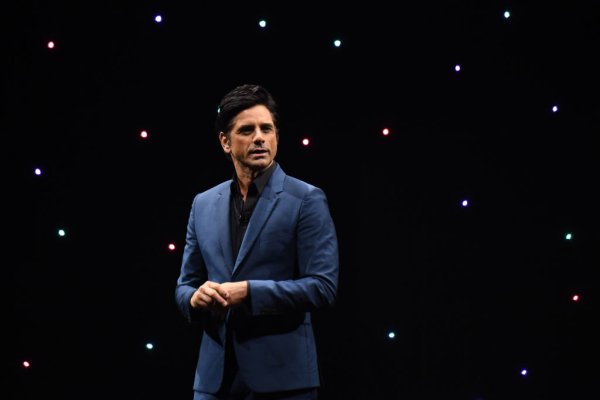 People Are Having All of the Fun With John Stamos as the Chef in The Little Mermaid
Next Up: Editor's Pick