Japan's New Emperor Is Declaring His Enthronement on Tuesday. Here's What to Know

Princes Charles, Philippine president Rodrigo Duterte, former French president Nicolas Sarkozy and Brazilian leader Jair Bolsonaro are all in Tokyo this week, as foreign figureheads and royals from across the globe flock to Japan to watch Emperor Naruhito formally declare his enthronement on Tuesday.

The former Crown Prince took over the role on May 1, the day after his father, 85-year-old former-Emperor Akihito, abdicated the throne citing health concerns. Japan’s monarchs are expected to serve until death, but parliament passed special legislation to allow Akihito to step down. He was the first emperor to step down in more than 200 years.

Although Emperor Naruhito has been acting as emperor for almost six months, his ascension is not official until he completes a series of rituals, including Tuesday’s traditional enthronement ceremony.

Here’s what to know about this week’s celebrations.

The main event will be held at Tokyo’s Imperial Palace on Tuesday when the Emperor will ascend the Takamikura throne, which stands more than 20 feet high. Clad in a dark orange robe, worn by emperors only on special occasions, Naruhito will declare his enthronement in a short speech, according to the Japan Times. Empress Masako, his wife, will be seated in an adjacent throne.

Important imperial regalia, like an ancient sword and a jewel will be brought to the ceremony.

Approximately 2,000 people are expected to join the ceremony. Guests including King Philippe of Belgium, King Felipe VI and Queen Letizia of Spain, and Chinese Vice President Wang Qishan are expected to attend, reports the Japan Times.

A royal parade — in which the Emperor and Empress will drive through the streets of Tokyo in a convertible — has been postponed until November due to Typhoon Hagibis, which hit Japan this month. More than 70 people were killed by the storm and its aftermath, according to Reuters.

The government announced on Friday that more than half a million petty criminals will be pardoned in honor of the enthronement. The Justice Ministry said the pardons will be granted because the occasion marks “an opportunity for the citizens of Japan to cleanse their spirit and start anew,” reports the Times.

This Tuesday is a public holiday in Japan.

Who is the new emperor?

Kōtaishi Naruhito Shinnō was born February 23, 1960. He is the oldest son of the former Emperor Akihito.

Emperor Naruhito grew up in Tokyo’s Imperial Palace with this siblings and parents.

He is the first Japanese royal to study overseas. After earning a history degree at Gakushuin University, where he wrote a thesis on medieval water transport, he spent two years at Merton College, Oxford. The book he wrote chronicling his time there, The Thames and I: A Memoir of Two Years at Oxford, was re-issued in English this year.

Prince Naruhito’s hobbies include mountain climbing, jogging, tennis, skiing and playing the viola, according to the Associated Press.

What role do Japan’s monarchs play?

Japan is believed to have the oldest hereditary monarchy in the world.

Historically, the emperor was viewed as an almost divine being, believed to be descended from the Shinto deity Amaterasu, but the emperor’s role became largely symbolic after World War II. The country’s post-war constitution, primarily U.S. drafted, stripped Japan’s emperor of real political power and re-defined his role as a “symbol of the state and of the unity of the people.”

Today, the Japanese emperor has become a ceremonial and unifying figure, similar to monarchs in the United Kingdom, Norway and Spain.

The emperor is an important symbol for Japanese people. “The emperor is the means by which the Japanese define the national identity, what it means to be Japanese,” Ken Ruoff, professor of history and director of the Center for Japanese Studies at Portland State University tells TIME.

Ruoff says “Each emperor puts his stamp on his particular reign, and Naruhito will do that.”

The pair married in 1993, and the Empress has reportedly struggled to adjust to the pressures of royal life and battled stress-related illnesses, according to Reuters.

Naruhito has often jumped to his wife’s defense. “He is fiercely protective of his wife who has endured media bashing over her health issues,” Jeffrey Kingston, director of Asian studies at Temple University Japan, tells TIME.

In 2004, the Emperor surprised the country when he openly criticized the Imperial Household Agency, the government agency responsible for managing the royals’ lives, for their role in his wife’s health issues. The then-princess “has worked hard to adapt to the environment of the Imperial Household for the past 10 years, but from what I can see, I think she has completely exhausted herself trying to do so,” Naruhito said, according to the Japan Times.

The couple has one daughter, 17-year-old Princess Aiko. Although there has been much debate on changing the country’s succession laws, currently only males in Japan’s imperial family can take the throne. Emperor Naruhito’s younger brother, Prince Akishino, is next in line, and Akishino’s young son is second-in-line to take over. 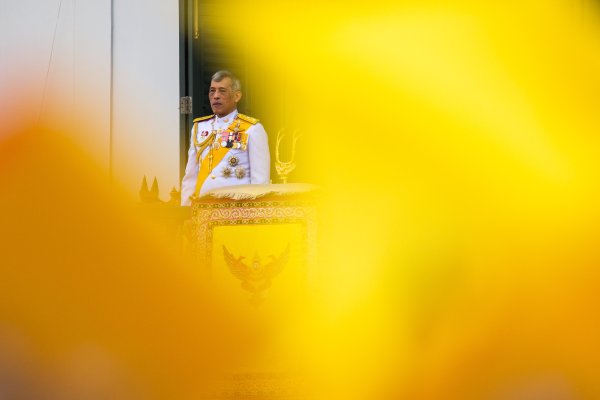 Thailand's King Strips His Royal Consort of Her Title Over Alleged Disloyalty, 'Inappropriate Behavior'
Next Up: Editor's Pick