Five Things to Know About the Modern Japanese Monarchy

When British Royals Meghan Markle and Prince Harry started an Instagram account last month, they broke a world record by gaining a million followers in less than six hours.

This week in Japan, a new set of royals is coming to the world stage. On Wednesday, 59-year-old Crown Prince Naruhito will take over the “Chrysanthemum Throne” from his father, 85-year-old Emperor Akihito, who decided to step down due to his health and age. Naruhito’s wife, Princess Masako, will be by his side as the country’s next Empress.

Although the new royals are believed to be more modern than their predecessors, soon-to-be Emperor Naruhito steps into an imperial system that has been in place for thousands of years and is steeped in history. The monarchy — despite its lack of social media accounts — plays an important symbolic role in Japanese culture.

Here are five things you need to know.

Emperors have a job for life

When Emperor Akihito steps down this week, he will be the first Japanese emperor to do so in more than 200 years. A 1889 law required monarchs to reign until their death to avoid power struggles between current and retired emperors, but an exception is being made for the elderly emperor, who has had heart surgery and treatment for prostate cancer.

He hinted in 2016 that it might be time for him to retire. “I am worried that it may become more difficult for me to carry out my duties as the symbol of the state,” he said in a rare televised address.

After several months of discussions and expert consultations, Japan’s parliament passed special legislation in June 2017, to allow him to step down. The new rules apply only to Akihito, and not to future rulers.

The last emperor to abdicate was Emperor Kokaku in 1817, who also handed the throne to his son.

It is believed the be the oldest monarchy in the world

Although the Gregorian calendar is widely used in Japan, the country maintains its own calendar system. It begins in the year 660 B.C., when Emperor Jimmu, Japan’s first emperor, is believed to have founded Japan. He reigned until 585 B.C.

When Crown Prince Naruhito takes over the throne on Wednesday, he will become the 126th emperor of Japan.

The newly-named Reiwa (beautiful harmony) era will also start when the changeover happens. The country has had more than 250 eras, as rulers sometimes started new eras to mark a new beginning after difficult periods in the country’s history.

After World War II, the U.S. occupied Japan from 1945 to 1952, and led the Allied effort to rehabilitate Japan. Major reforms were enacted, including an overhaul of the political system.

The U.S. drafted constitution, which came into effect in 1947, gave more power to the country’s Diet (two-house legislature) and stripped the emperor of all political power. Under the new document, the emperor’s role was to act as the “the symbol of the State and of the unity of the People.”

Although there were calls from some Allied leaders to have Japan’s wartime leader, Emperor Hirohito, tried for war crimes, U.S. General Douglas MacArthur who led rehabilitation efforts, believed that reforms might be easier to enact if the emperor remained in power.

Women are not eligible to take the throne in Japan, and they are required to give up their royal titles if they marry commoners.

Japan has discussed the possibility of changing the rules to allow for female participation over the last few decades due to concerns that the monarchy might die out.

Prince Naruhito and his wife have only one child. Princess Aiko was born in 2001, and is not eligible to take the throne. Polls show that the Japanese public supports the amending of the law to allow for female heirs, and Prince Naruhito himself is believed to support a change in succession laws.

“I don’t think he sticks to the narrow idea that only a male on the throne is acceptable,” said Mototsugu Akashi, a friend of Emperor Akihito’s since childhood, according to the New York Times.

The debate fizzled out after Crown Prince Naruhito’s brother, Prince Akishino, had a son in 2006. He is next in line to the throne after Naruhito.

According to Reuters, the legislation allowing Akihito to step down also mooted the idea of letting female royals stay in the imperial family after they marry, but it did not specifically seek to address whether females might one day be allowed to take the throne.

According to Japanese mythology, the emperor and his family are considered direct descendants of the sun-goddess Amaterasu, a Shinto deity.

For most of the country’s history, emperors acted as figureheads, while shoguns effectively controlled the country with their military powers. This changed during the Meiji Restoration in the 1800’s when power was consolidated under imperial rule, as Japan looked to strengthen itself against the threat of Western power. At this time, the emperor became the head of the country’s native Shinto religion, giving him more religious importance.

Although the role of the emperor in World War II is controversial, the Allies took steps to remove power from the omnipotent emperor and the ‘Shinto State’ after the war. A 1945 directive was issued to “prevent recurrence of the perversion of Shinto theory and beliefs into militaristic and ultra-nationalistic propaganda designed to delude the Japanese people and lead them into wars of aggression.”

To cooperate with rehabilitation efforts, after World War II, the emperor asked the Japanese public to reject the “false conception that the Emperor is divine and that the Japanese people are superior to other races.” After announcing his mortality, he reportedly turned to his wife and asked: ”Do you see any difference? Do I look more human to you now?” according to the New York Times.

In 2000, Prime Minister Yoshiro Mori sparked controversy when he compared the emperor to a god. “Japan is a country of the gods with the emperor at its center,” he said, according to The Guardian. 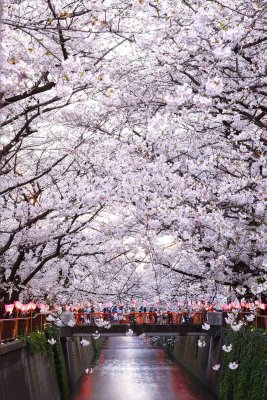 Why Japan's Traditions Help It Succeed in Modern World
Next Up: Editor's Pick