What to Know About Japan's Emperor Akihito: A Lifetime of Firsts

Japan’s Emperor Akihito confirmed reports on Monday, in a rare public address, that he’s thinking of stepping down from the “Chrysanthemum Throne” in the next few years due to health concerns.

“Fortunately I am now in good health,” the 82-year-old said in his first televised broadcast since the Fukushima nuclear disaster. “However, when I consider that my fitness level is gradually declining, I am worried that it may become difficult for me to carry out my duties as the symbol of the state with my whole being as I have done until now.”

The idea of Akihito becoming the the first Japanese monarch to step down in nearly 200 years has sparked a constitutional debate in Japan, for he is legally expected to serve until his death. But a look back at TIME’s coverage of the 125th Emperor’s life reveals that he is no stranger to breaking the mold.

“Akihito was born on Dec. 23, 1933, the long-awaited first son of Hirohito and Empress Nagako, who had already produced four girls,” TIME noted in 1989, when Akihito first came to power. “In time-honored imperial fashion, the prince was separated from his parents at about the age of three and raised by nurses, tutors and chamberlains. Yet in a departure from custom, at six Akihito was sent to school with commoners in order to broaden him. When the Allies began closing in on Japan during World War II, he and some of his classmates were evacuated to provincial cities.”

Akihito also broke with tradition both by in 1959 marrying Michiko Shoda, “the first nonaristocrat elevated to royal consort,” as TIME once put it, and by raising their three children at home. (The results were audible: “The palace often resounds with impromptu concerts of Mozart, Grieg or Beethoven,” the magazine wrote. “Akihito is a fine cellist and is joined by his wife playing the harp, Hiro on viola, Aya on the guitar and Nori at the piano.”)

Another first: When Akihito officially assumed the throne in 1990, after his father’s death, it was the “first such ceremony to be conducted under the country’s postwar constitution, which stripped the Emperor of political power,” TIME reported.

His father, Emperor Hirohito, whom TIME in 1988 called the longest-reigning monarch in the world, had once been the subject of abdication rumors of his own. In the years directly following World War II, TIME framed him as “tarnished by his association with the malefactors who made the war and lost it.”

Hirohito did not in fact abdicate at that time, but later Akihito saw firsthand how an Emperor’s health can influence his people, as he said in his statement on Monday: “When the Emperor has ill health and his condition becomes serious, I am concerned that, as we have seen in the past, society comes to a standstill and people’s lives are impacted in various ways.” Indeed, after Akihito started taking over his father’s duties when Emperor Hirohito was gravely ill with a pancreatic tumor, TIME explained how society came to that “standstill”:

Should Akihito in fact abdicate, the decision will be one more example of a life spent redefining the Emperor’s role. 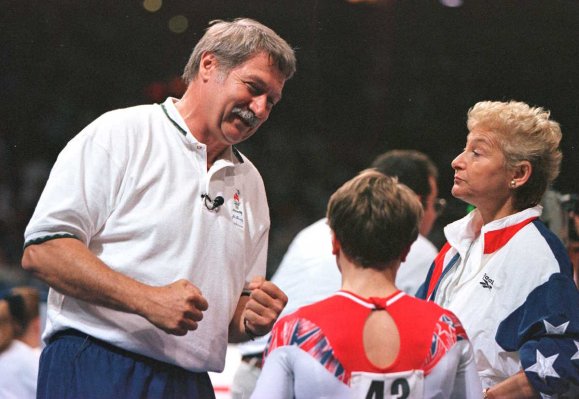 The Couple That Changed Gymnastics: 3 Decades of Karolyi Highlights
Next Up: Editor's Pick