'You Will Soon Feel the Same Heat We Feel Every Day.' Watch This Powerful Speech From a Young Ugandan Climate Activist

After world leaders left September’s U.N. General Assembly with few commitments on fighting climate change, youth activists descended on the C40 Mayors summit in Copenhagen to demand action from the leaders of the world’s largest cities.

Many young people in Europe were inspired by Swedish teenager Greta Thunberg, who in 2018 began striking from school every Friday. Others, though, were pushed to action by the very visible effects of climate change in their own communities. Hilda Flavia Nakabuye, a 22-year-old Ugandan college student, has been protesting in Kampala since 2017 when she realized climate change was the cause of droughts affecting her grandmother’s ability to grow food. In February of this year she set up #FridaysForFuture Uganda.

This is a transcript of a speech given by Nakabuye, at the C40 summit on Friday Oct. 11. It has been lightly edited for clarity.

I am Hilda, the Founder of Fridays For Future Uganda.

I am missing my classes right now, the same way I have missed them for the last six weeks to create climate awareness. It’s not the first time climate change has kept me out of school. I once had to miss three months of school as my father wasn’t able to raise my tuition fees, because of climate change.

I am a victim of this climate crisis and I am not ashamed to say so.

After the massive effects of climate change in my home village — the heavy strong rains that washed away our crops and left the land bare, the constant dry spells that left the streams and wells dry — my parents had to sell off our land and livestock to sustain our lives. And when the money was over, it was a question of survival or death.

I am lucky that I am still surviving. I will not take this for granted because people are dying every day.

I made a decision to protect the only place I call home: Earth. And so I joined other young people all over the globe to protect our future. Through endless fights and sleepless nights, we hustle our way. Because this our future.

I can tell you that we are a generation of scared people, but very ambitious ones. United, persistent, and very good at action.

You too can make a decision now. If you are willing to join the youth in this fight, I want you to make a promise by standing up right now.

And for those of you that didn’t stand up, your beds might be comfortable now but not for long. You will soon feel the same heat we feel every day.

And I also promise you: Rest assured that youth from the other side of the world are fighting for a safe future for you and for us all and are not about to give up.

Let’s move away from this summit with action. Thank you. 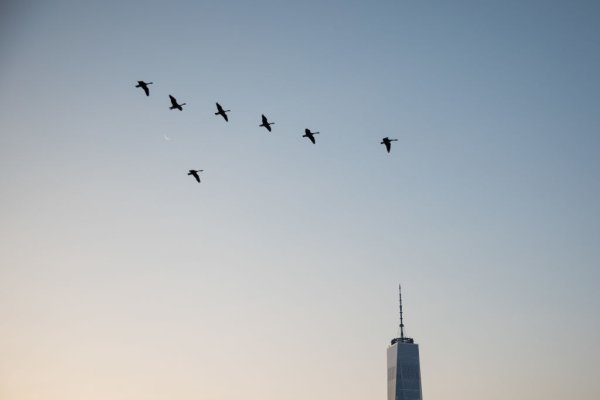