The 13 Most Anticipated Horror Movies of the Coming Year, From A Quiet Place Part II to Candyman

Scary movie junkies, rejoice! The year ahead is packed with fright fests that will have you peeking over your shoulder and checking to make sure all the doors are locked — as all good horror movies should.

From modern adaptations of literary classics like The Invisible Man to new installments in fan-favorite horror franchises like The Purge and Saw to some intriguing original tales, the slate of upcoming horror movies for 2020 has something for every horror enthusiast.

Here are TIME’s most anticipated upcoming horror movies with release dates set over the course of the next year.

Writer-director John Krasinski is bringing his dystopian world of sound-hunting monsters back in A Quiet Place Part II, a follow-up to the 2018 original that TIME’s critic Stephanie Zacharek dubbed one of the most “terrifyingly effective horror movies in years.” While details about the sequel’s plot are being kept under wraps, we know that Emily Blunt (Krasinski’s wife both on- and off-screen) will return as the shotgun-wielding, baby-birthing warrior Evelyn Abbott, alongside Millicent Simmonds as her daughter Regan and Noah Jupe as her son Marcus. Peaky Blinders‘ Cillian Murphy and Atlanta‘s Brian Tyree Henry have also signed on.

“I really think that what we’ll do is we’ll see more of that family continuing to survive and finding out that they’re not the only ones,” Henry told the Observer in June. “And I think that we’re also going to get a few answers to the origin of where and how this whole thing happened.”

This long-delayed, horror-centric X-Men spin-off has undergone extensive reshoots — reportedly to at least somewhat better integrate it into the Marvel Cinematic Universe — since Disney acquired 21st Century Fox in March 2019. But its underlying storyline has seemingly stayed the same. The film, starring Maisie Williams, Anya Taylor-Joy and Antonio Banderas, centers on a group of young mutants who are being held against their will inside a secret facility that’s running horrific tests on them.

Based on novelist and screenwriter Nick Antosca’s short story “The Quiet Boy,” Antlers stars Keri Russell as a small-town Oregon teacher who, with the help of her sheriff brother (Jesse Plemons), tries to save a young student (Jeremy T. Thomas) from the dark secret he’s harboring. Director Scott Cooper (Hostiles, Black Mass) is helming the monster movie, which looks to heavily feature the signature horror touch of producer Guillermo del Toro.

From the producers of Get Out and Us comes another thriller with a trailer that reveals little about the mystery at the heart of its story. Janelle Monáe takes the lead as Veronica Henley, a successful author who appears to find herself trapped between the realities of modern-day America and the pre-Civil War South. Helmed by writer-director duo Gerard Bush and Christopher Renz, Antebellum also stars Marque Richardson II, Eric Lang, Jack Huston, Kiersey Clemons, Tongayi Chirisa, Gabourey Sidibe and Jena Malone.

Starring Sarah Paulson and Kiera Allen as Diane and Chloe Sherman, a mother and her 17-year-old daughter who uses a wheelchair, Run is an intimate thriller set almost entirely in the home where the pair live in isolation. Unfortunately for Chloe, when she begins to suspect that her mother’s past is full of dark secrets, their relationship quickly and violently swerves off the rails. Aneesh Chaganty is directing from a screenplay he wrote with Searching co-writer Sev Ohanian.

What? You thought Jigsaw — and his numerous successors — were finally done trapping people in torture devices intended to teach them a lesson about the fragility of life? Think again. Based on a story created by Chris Rock, who stars as a police detective “investigating a series of grisly crimes” with ties to the past, the forthcoming ninth entry in the Saw saga has been described as a “reimagining and a spinning-off of the franchise.” Samuel L. Jackson plays Rock’s father, a veteran cop.

Josh Stolberg, who co-wrote the script with Pete Goldfinger, has confirmed on Twitter that the movie is not a sequel to their 2017 reboot Jigsaw, but that it does take place within the Saw series timeline. “It’s NOT a sequel to Jigsaw,” he wrote. “It’s DEFINITELY in the timeline of ALL the films though.”

Jordan Peele, the mastermind behind Get Out and Us, continues his foray into the world of horror with a “spiritual sequel” to Bernard Rose’s 1992 cult classic Candyman, which explores issues of race and class in America. The original movie stars Tony Todd as the titular hook-handed bogeyman, who, according to urban legend, is the undead son of a slave who has haunted Chicago’s Cabrini-Green housing project since being lynched for having a love affair with a white woman in the late 1800s.

“Candyman was a major inspiration for me as filmmaker,” Peele said in a November 2018 statement. “The original was a landmark film for black representation in the horror genre.”

This time around, Todd will return for some “applause-worthy moments” alongside Teyonah Parris, Nathan Stewart-Jarrett, Colman Domingo and Yahya Abdul-Mateen II, who, despite reports to the contrary, director Nia DaCosta (Little Woods) says isn’t taking over Todd’s original role.

“I can’t say what’s happening in the film because we want it to be a surprise, but he’s not replacing Tony Todd,” DaCosta said in March. “That’s been reported, and I was just like, ‘I don’t know what to say about this. This is not right.’”

The reboot was co-written by Peele and Win Rosenfeld, whose joint production company, Monkeypaw Productions, is producing alongside MGM Pictures.

The Purge will commence in 5….4….3….2….1…..Prepare yourself for yet another government-sanctioned night of lawless violence in The Purge 5, the fifth installment in the horror franchise set in a near-future United States where any and all crime is legal for one 12-hour period per year.

It’s still unclear whether the Everado Gout-directed Purge 5 will be another prequel like 2018’s The First Purge, or explore the fallout from the election in 2016’s The Purge: Election Year.

Married demonologists Ed and Lorraine Warren (played by Vera Farmiga and Patrick Wilson) will be investigating yet another case of (supposed) paranormal activity that their real-life counterparts took on in the 1970s.

Michael Chaves (The Curse of La Llorona) will direct from a screenplay by David Leslie Johnson-McGoldrick (The Orphan, The Conjuring 2).

“I realized I had never made a film about central London — specifically Soho, somewhere I’ve spent a huge amount of time in the last 25 years,” Wright told Empire of the movie. “With Hot Fuzz and Shaun of the Dead, you make movies about places you’ve lived in. This movie is about the London I’ve existed in.”

Despite the fact that we last left Michael Myers trapped inside the basement of a burning house, the seemingly unkillable masked killer will be back to once again terrorize Jamie Lee Curtis’ Laurie Strode and her family in a sequel to the supremely successful 2018 franchise reboot, Halloween. And considering there’s already a third movie titled Halloween Ends in the works for 2021 — the 12th installment in the saga as a whole — it seems safe to say that Michael will survive whatever’s thrown at him this time as well.

If director Nicolas Roeg’s (Don’t Look Now) 1990 adaptation of this Roald Dahl classic is any indication of what we can expect from Robert Zemeckis’ (Back to the Future, Forrest Gump) forthcoming take, fans are in for a spooky treat. Anne Hathaway will follow in the footsteps of Anjelica Huston as the Grand High Witch, a powerful sorceress intent on ridding England of all its children by turning them into mice. 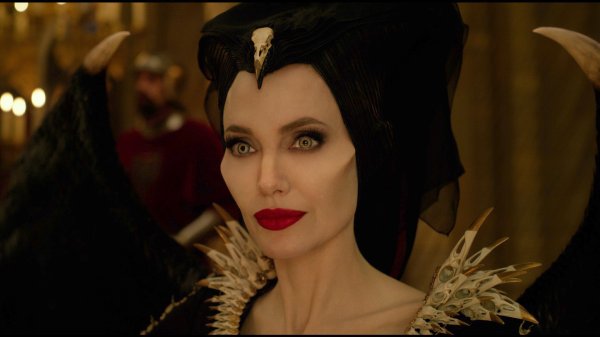 Maleficent: Mistress of Evil Doesn't Deliver Much Evil—But Angelina Jolie Is Dazzling All the Same
Next Up: Editor's Pick