The back-to-the-land fantasy has long been a staple of horror movies and literature. Dystopia is a bummer, but there’s an upside to being driven out of the city and into the country, either by nature or something eerily outside it: we get a chance to return to our more elemental innocence, and to find out whether our better impulses can triumph over our primal ones.

That’s the essence of John Krasinski’s third film as a director, A Quiet Place, and he’s worked it out beautifully. Krasinski and Emily Blunt (who are husband and wife off-screen) star as the parents of three young children, all living somewhere in the country outskirts of New York City. But their lives are hardly Instagram-worthy.

breakout star Millicent Simmonds, a deaf actor who plays the teenage daughter, delivers a defiant turn that establishes her as an exciting young talent.
Paramount Pictures

They’re terrorized by speedy, moist mystery beasts with fang-laced mandibles, creatures whose hearing is so acute, they can sense the snap of a twig. And so this little family pads about silently in bare feet, both at home and in their woodsy environs. They can’t laugh out loud; they don’t even dare whisper. Instead, they communicate in sign language, a habit that has probably saved their lives, though they’re used to it anyway: their oldest child–played by the marvelous young actor Millicent Simmonds–is deaf.

If A Quiet Place has one flaw, it’s that it never lets up. There’s little breathing space between its breathtaking moments. Even so, Krasinski has made one of the most poetic horror movies of recent years. Its sound design alone is glorious, locating the infinite gradations in that thing we so casually call silence. A Quiet Place, its shivery terrors aside, captures the imperfect textures of family life. Families are complicated even when monsters aren’t hunting them. And a glance often says more than even a whispered endearment can. 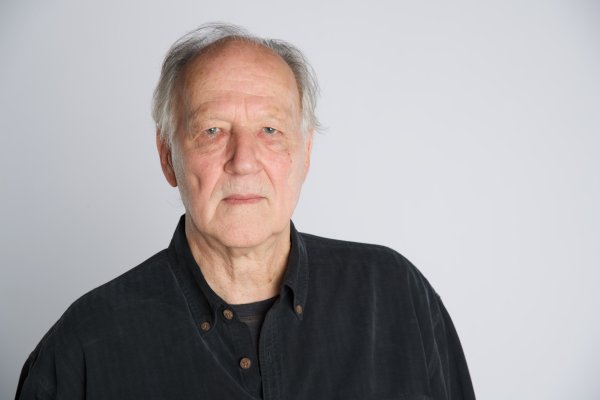 Werner Herzog Reflects on 50 Years of Filmmaking
Next Up: Editor's Pick