Harry Styles Lights It Up and Succession Gets the Remix it Deserves. These Are the 5 Songs You Need to Listen to This Weekend

Harry Styles returns after two years with a refreshingly unexpected new sound on “Lights Up.” Big Thief continues their streak of unimpeachably strong releases with new album Two Hands. Succession‘s theme song gets a rap remix courtesy of Pusha-T — and it’s better than the rap we’ve seen performed on the show, thankfully. Michael Kiwanuka, of “Cold Little Heart” fame, follows up his Big Little Lies hit with a similarly folksy new song. And Bishop Briggs continues in her lane of bold anthemic pop.

If Harry Styles fans were expecting his second album to be another collection of 70s-leaning rock ‘n’ roll tunes, they were in for a surprise this week when the elusive star dropped his first new song in two years, “Lights Up.” His first single last time, “Sign of the Times,” was a boldly mesmerizing ballad with disco tendencies. “Lights Up” is something different entirely, veering from moody, glittering pop to smooth piano-driven R&B. There’s a background choir and unhurried percussion underlying the whole thing, but it feels insistent. “All the lights couldn’t put out the dark runnin’ through my heart,” Styles sings, and although the echoing hums are uplifting, the lyrics suggest a sadder edge. It’s hard to say what direction Styles will go in next — he’s proved himself as a versatile artist — and “Lights Up” only indicates that he’s not afraid of experimenting.

It was inevitable: the theme song from Succession that’s spawned its own universe of adoring responses got an official rap remix. And it lives up to the source material. Composer Nicholas Britell’s brilliant score, which mashes up choppy piano and orchestral arrangements with a hip-hop beat, gets an added boost from rapper Pusha T’s uncomplicated, well-articulated verses. He sticks to the show’s themes — privilege, family, power — and artfully adds his own punches. “It’s a power struggle, it’s a tug-of-war / That’s amongst the kids, and it ain’t fair,” he raps; it’s an apt description of the show’s storyline, to be sure, but it’s also an indictment. Succession often swings from comedy to tragedy, but Pusha’s remix adds gravitas.

Michael Kiwanuka has been around for a few years now putting out rootsy, acoustic-anchored music. But he became a name to know when his song “Cold Little Heart” was turned into the memorable theme music of the Reese Witherspoon and Nicole Kidman show Big Little Lies. On his third album Kiwanuka, the British artist has plenty more to share in that vein. “Hero,” off the upcoming project, hones in on his combination of gritty electric guitar with soulful singing and a soaring bridge.

Big Thief’s main vocalist, Adrianne Lenker, has a voice that’s always a kind of biting quaver. It strikes straight through ambient sound, over melodies, and deep into your senses. On “Two Hands,” the title track off of the alt-rock Brooklyn band’s latest album — an impressive second project out in one year — she’s a guiding light over her male bandmates’ lilting playing. “You somehow let me down,” she sings off the top, but it’s not an admonishment; it’s just a fact, a recitation of reality, that she’s willing to reflect with clear-eyed awareness. The song’s simplicity belies its depth. “Somehow we exist / In the folds, and now we’ll kiss,” she says. The “somehow” cuts to the core.

Bishop Briggs has one of those malleable, powerful voices that seems almost acrobatic in scope. On “Jekyll & Hide” she plays with its range to captivating effect over electronic production and a heavy bass. The new track is off her upcoming sophomore album, which promises to be a collection of anthemic, vocal-forward songs exploring major life moments. That’s what the unapologetic Briggs is best suited for: making the mundane feel big and meaningful. “Have I had enough?” she wonders on “Jekyll & Hide,” but the answer is clear: not at all. 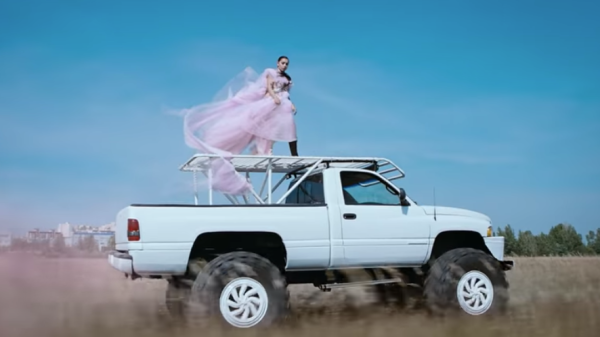 Charli XCX Clarifies the Impact of Her Latest Music Video
Next Up: Editor's Pick