It’s been six years since the Breaking Bad finale aired and fans finally learned the fates of Walter White (Bryan Cranston), Jesse Pinkman (Aaron Paul) and Heisenberg’s inner circle. But while Walt was all but confirmed to have been killed by a stray bullet during his carefully orchestrated massacre of Jack Welker’s (Michael Bowen) gang of White Supremacists, Jesse’s final moments were more ambiguous.

Now, Jesse is returning to the screen in El Camino: A Breaking Bad Movie, creator Vince Gilligan’s movie sequel to his revered AMC drama. El Camino will hit Netflix on Friday, Oct. 11 and is set to pick up immediately after the events of Breaking Bad‘s finale, with Jesse speeding away from the neo-Nazi compound as police close in on it. But just because Jesse’s free from meth-cooking enslavement doesn’t mean he’s gotten out of Dodge — he’s still a known accomplice of the former most-wanted drug kingpin in America.

Jesse isn’t the only Breaking Bad character who will make an appearance in El Camino. Gilligan told The Hollywood Reporter that “more than 10 familiar characters” will show up in the movie.

Considering Jonathan Banks already revealed that the deceased Mike Ehrmantraut will return, it seems likely that there will be some flashbacks featuring Breaking Bad‘s dearly departed. (Recall Krysten Ritter’s Jane, Jesse Plemons’ Todd and Emily Rios’ Andrea.) But there are also several still-living characters who could pop up.

Before you watch the movie, here’s a refresher on where the storylines of some of Breaking Bad‘s most significant, still-living players left off in the show’s final episodes.

When we last saw Jesse, he was hysterically cry-laughing while crashing a Chevrolet El Camino through the gate of the neo-Nazis’ compound after being saved by Walt from his months-long imprisonment. Following the Breaking Bad finale, Vince Gilligan acknowledged that while he personally felt that Jesse escaped, drove to Alaska and started a new life, the more likely outcome was that he was caught by the police.

Whether or not Jesse will end up in Alaska by the end of El Camino remains to be seen, but first we’ll get to see how he’s going to deal with the numerous physical, emotional and mental scars he was left with at the end of the show.

In a recent interview with TIME, Paul agreed that there were probably more rough times ahead for Jesse in the wake of his escape. “I love the way the show ended—that it left it very vague. You’d like to think he’s riding off into the sunset, but you know life isn’t going to be that easy for him,” Paul said. “People, almost on a daily basis, ask me, ‘What happened to Jesse?’ My response is, ‘I have no idea. In reality, he’s probably on the run and in hiding. His fingerprints were all over that murder scene.’ But I fantasized that he was just living in the woods somewhere, maybe working with his hands again, creating things with wood.”

Skyler may have finally gotten Walt to admit that all of his actions were entirely self-motivated in the Breaking Bad finale, but she clearly wasn’t in a good place when her estranged husband paid her one last visit. However, Walt did give her the lottery ticket with the GPS coordinates for the burial site of Hank (Dean Norris) and Steve Gomez (Steven Michael Quezada) to trade for a deal with the prosecutor, so she may at least be off the hook with the DEA.

If Skyler does make an appearance in El Camino, Jesse better hope that he doesn’t run into her. No matter how much Jesse praises her cooking, Skyler will almost certainly never be a fan of the person who, in her eyes, set her husband down the road to ruin.

After telling Walt exactly where he could stick all of the money that he earned cooking meth in Breaking Bad‘s penultimate episode, Walt Jr. — or as he now probably goes by exclusively, Flynn — appeared to be trying to live as normal a life as his family’s circumstances would allow when we, alongside Walt, saw him arrive home from school in the show’s finale.

The best we can hope for Walt Jr. in El Camino is a scene where he’s chowing down on a full breakfast buffet. Unfortunately, there’s also always the chance that Gilligan could follow through on his original plan to kill the character off.

Holly (played by MacDonald in season 5) was still just a baby when Breaking Bad came to an end, but thanks to her dad’s choice of profession, she had already been through more than some people experience in a lifetime. Since El Camino is set to take place right after the events of the show, Holly will likely only make an appearance if Skyler does. But at least we know she’s no longer in danger of being attacked by Jack’s gang.

The only screen time that Marie got in the Breaking Bad finale was during her phone call with Skyler informing her sister that Walt was back in Albuquerque. Skyler already knew that, of course, since Walt was standing in the kitchen with her. But from the way Marie opened the conversation — “Truce, OK?” — it seemed like she still hadn’t forgiven Skyler for the role she played in the events that led to Hank’s death.

With the DEA keeping a watchful eye on Hank’s widow to keep her safe, it’s likely that Jesse wouldn’t be able to get anywhere near her. But he’s also the only person still alive who could tell her what really happened on the day that Hank was murdered.

Bob Odenkirk as Saul Goodman in a scene from the final season of "Breaking Bad."
Ursula Coyote—AMC/AP

Thanks to Better Call Saul, we’ve learned a lot about how aspiring lawyer Jimmy McGill became Saul Goodman, the totally corrupt conman we met in season 2 of Breaking Bad. We also know that following the events of Breaking Bad, Saul started fresh in Omaha, Neb., under the alias Gene Takovic, a manager at a Cinnabon.

When we last saw Saul in Breaking Bad, he had already called up Ed the Extractor (Robert Forster) and asked for a dust filter for a Hoover Max Extract® 60 Pressure Pro™, a.k.a. a new life. As far as we know, Saul was settled in Omaha by the time Walter returned to Albuquerque for a final showdown with Jack’s gang. But since Jesse is also in the know about Ed’s services, Saul may not be quite as out of the game as he thinks.

Considering Huell ended up in a safe house being interrogated by the DEA and we still don’t know for sure what happened to Kuby — Hank hinted that Walt took him out to tie up a loose end — Saul Goodman’s “A-team” probably should’ve taken Walt’s money and skipped town to Mexico when they had the chance.

But while it seems likely that Kuby either is actually dead or fled Albuquerque before the DEA could catch up with him, we’d love to see Huell at least make a cameo in El Camino — even if there’s no longer a giant pile of money for him to lie on.

By the time Walt left their mansion in the Breaking Bad finale, Gretchen and Elliott seemed thoroughly convinced that they would be tracked down and killed by the two best hit men west of the Mississippi if they failed to fulfill their promise to funnel Walt’s remaining money to his children in the form of an irrevocable trust given to Walt Jr. on his 18th birthday.

The threat was a bluff, of course, since the hit men in question were actually just Skinny Pete and Badger with laser pointers. But Gretchen and Elliott probably won’t be too eager to risk a run-in with any of Walt’s former associates, regardless of the amount of danger they pose.

The El Camino trailers have already confirmed that Skinny Pete and Badger will be reunited with Jesse following his escape.

As two of Jesse’s closest friends (and his only remaining allies), the duo could have a major role to play in keeping him hidden from the authorities. After all, they did manage to pull off impersonating a pair of highly-trained assassins in the Breaking Bad finale. On the other hand, they may just show up to provide some welcome comic relief. Both scenarios equally likely.

The picture of Andrea and Brock that Todd hung in the neo-Nazis’ meth lab to “motivate” Jesse to keep cooking made yet another appearance in the El Camino trailer, an Easter egg that seems to hint that finding Brock will be on the forefront of Jesse’s mind now that he’s free.

Since Todd killed Andrea simply to teach Jesse a lesson, it would be in character if making sure Brock is OK is Jesse’s top priority — especially because he knows that Brock is probably the one who found his mother’s body after she was shot. 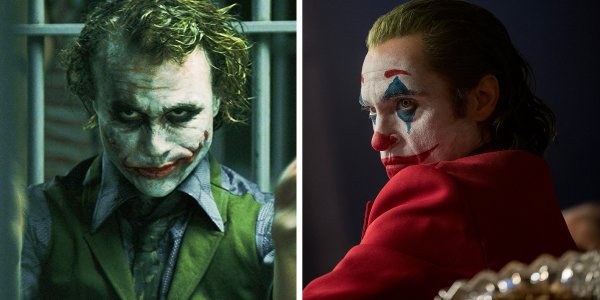 The Joker Has Always Been a Controversial Character. This Time, It’s Different
Next Up: Editor's Pick