Warning: This post contains major spoilers for and violent content from all five seasons of Breaking Bad.

The unforgettable AMC drama premiered on Jan. 20, 2008, introducing viewers to showrunner Vince Gilligan’s take on the American Southwest’s drug underworld. It wasn’t long before the series was one of the most popular shows on television and had earned a massive cult following to match. Fans eagerly tuned in each week to see what dark road Walt would go down next, with the show’s mind-bending twists keeping viewers constantly on their toes.

So in honor of one of the most legendary TV characters of all time, here are the 10 biggest turning points in Walter White’s Breaking Bad transformation.

Faced with the choice of killing Krazy-8 or risking everything by releasing him from his makeshift prison in Jesse’s basement, Walt spends the majority of Breaking Bad‘s third episode attempting to convince himself he can safely let the rival dealer go. But after realizing Krazy-8 has no intention of letting bygones be bygones, Walt violently strangles him to death with a bike lock, giving viewers an early taste of his capacity for brutality.

While attending the birthday party of his former business partner Elliott Schwartz, Walt is given an easy out for financing his lung cancer treatment: a job at Elliott’s now billion-dollar company, Gray Matter Technologies. But Walt, who we later find out sold his share in Gray Matter for just $5,000, is way too prideful to accept the offer. Even when Elliott’s wife Gretchen — who also happens to be Walt’s ex-girlfriend — calls to practically beg him to take their money, Walt refuses to give in. The episode ends with Walt showing up outside Jesse’s home to ask one simple question: “Want to cook?”

“We did what you’re never supposed to do and employed a deus ex machina in the guise of these two wealthy friends,” Gilligan said of the episode at the 2013 opening of the Museum of the Moving Image’s Breaking Bad exhibit. “They offer [Walter] everything he needs. At the end of that hour he says, ‘Thank you, no,’ and he goes back to Jesse Pinkman and says, ‘Let’s cook.’ And that was where the character truly got interesting for me. This guy’s got some serious pride issues.”

It’s inaction rather than action that defines the scene that many view as the exact moment Walter White truly broke bad. Intent on convincing Jesse to get clean, Walt shows up unannounced at his apartment only to find both him and his girlfriend Jane passed out in a heroin-fueled stupor. Walt shakes Jesse to try to wake him, inadvertenly causing Jane to roll over onto her back. It’s then that she begins to gag and choke on her own vomit. Walt rushes over to help her but hesitates and pulls back, clearly seeing an opportunity to get rid of the threat she presents.

To put it in Walt’s own words: “I watched Jane die. I was there. And I watched her die. I watched her overdose and choke to death. I could have saved her. But I didn’t.”

Doesn’t get much darker than that.

After Mike attempts to convince Walter to do whatever’s necessary to deal with Jesse’s insistence on taking out the dealers who murdered Combo, Walt is torn between remaining loyal to his partner and staying on the good side of his new boss, Gus Fring. Of course, the growing presence of Heisenberg within him ultimately wins out. Refusing to toe Gus’s line, Walt swoops in at the last-second to rescue Jesse by gruesomely running over the rival dealers with his trusty old Pontiac Aztek. This decision, in turn, gives Walt all the leverage he needs to order Jesse to kill Gale in the season finale.

In what is likely the most quoted scene of the entire series, Walt informs Skyler that while she may think he’s in danger in the wake of Gale’s murder, it’s actually him who is the danger. “A guy opens his door and gets shot and you think that of me?” he snaps at her. “No. I am the one who knocks!”

The season four finale gave many fans all the evidence they needed that Walt had completely lost his moral compass. Willing to do anything to get rid of Gus, he entreats the wheelchair-bound Hector Salamanca into setting off a bomb in a retirement home to outsmart the Los Pollos Hermanos kingpin. Of course, that’s only after his plan to blow up Gus’s car in a hospital parking garage doesn’t pan out.

But while taking out a rival dealer who threatened to kill his entire family may not top the list of Walt’s evils, it’s the final sequence of the episode that reveals his coup de grâce. As Walt drives away from the scene of the crime, the sequence cuts to his backyard before zooming in on a potted plant labeled Lily of the Valley. It then becomes clear that Walt was the one who poisoned Brock — the young son of Jesse’s girlfriend Andrea — in an effort to turn Jesse against Gus and bring him back to his corner.

In need of a fresh meth distribution channel after Mike decides to retire, Walt uses his newfound status as the most feared drug kingpin in the Southwest to force Declan and crew to agree to his every demand. By this time, Walt doesn’t even question that his reputation as Heisenberg precedes him. And he’s right not to.

Following Mike’s murder and the arrest of Dan Wachsberger— the lawyer tasked with paying off the families of Mike’s nine imprisoned henchmen — Walt is faced with figuring out how to ensure no one rats him out to the DEA. So what does he do? Enlists white supremacist Jack Welker to arrange for his incarcerated gang members to take out 10 men in three different prisons in the span of two minutes. Breaking Bad fans will never hear Nat King Cole’s “Pick Yourself Up” the same way again.

When Hank realizes the truth about Walt that has been in front of him all along, it seems like the jig may finally be up. But after all he’s been through, Walt, unsurprisingly, is unwilling to go down without a fight. Instead of giving in when Hank commands that he bring Skyler and the kids over to his house for safety, Walt sends a chilling warning to his brother-in-law.

After insisting for five full seasons that everything he did, he did for his family, Walt finally confesses that all of his actions were entirely self-motivated. Knowing he’s close to death one way or the other, he is at last able to admit that Heisenberg — rather than Walter White — is his true persona. “I did it for me,” he tells Skyler. “I liked it. I was good at it. And I was really alive.” 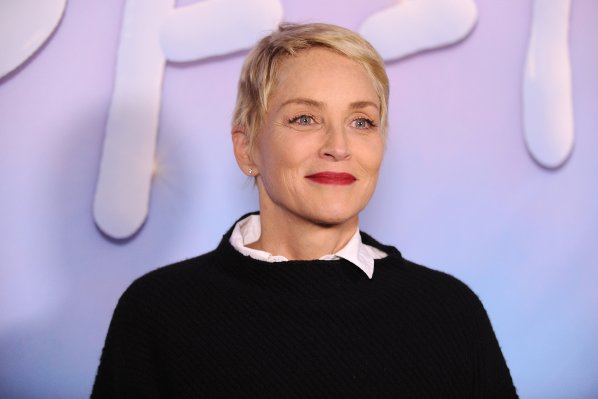 Sharon Stone on the #MeToo Movement: ‘It’s Up to Men to Teach Other Men What to Do'
Next Up: Editor's Pick