US President Donald Trump and Ukrainian President Volodymyr Zelensky looks on during a meeting in New York on September 25, 2019, in New York.
Saul Loeb—AFP/Getty Images
By Tara Law

A second whistleblower with first-hand knowledge of the accusations about President Donald Trump’s communications with Ukraine has come forward, an attorney for the original whistleblower confirmed on Sunday.

The second official, who is also a member of the U.S. intelligence community, has “first-hand knowledge” of some of the allegations outlined in the original whistleblower’s report, Mark Zaid, a lawyer for the two whistleblowers, wrote on Twitter. The first whistleblower’s complaint, which the House Intelligence Committee released on Sept. 26, alleged that President Trump pressured the Ukrainian President to investigate one of his leading Democratic rivals, Joe Biden, and Biden’s son, Hunter, and that the White House tried to keep records of a call between the two Presidents a secret.

Zaid wrote on Twitter that the second whistleblower “also made a protected disclosure under the law and cannot be retaliated against.”

Zaid told ABC News on Sunday that the whistleblower has spoken to Michael Atkinson, the inspector general of the intelligence community, but has not yet communicated with the congressional committees conducting the impeachment inquiry. Zaid also told CNN that the second whistleblower has not filed their own complaint, but does not need to because communicating with the inspector general is a protected disclosure, and legally makes the second intelligence official a whistleblower.

The testimony of the second whistleblower could help to substantiate the claims in the original whistleblower complaint. After news of the initial complaint leaked, House Democrats announced that they would conduct an impeachment inquiry into the President’s conduct. House Speaker Nancy Pelosi referred to the phone call when announcing the inquiry, saying that Trump was accused of asking the Ukrainian President, Volodymyr Zelensky, to “take actions which would benefit [Trump] politically.”

President Trump has denied putting pressure on Ukraine to interfere in the 2020 election, calling his conversation with the Ukrainian President “totally appropriate,” although he has said that he does feel that the Bidens should be investigated. Zelensky has also denied that Trump pressured him. 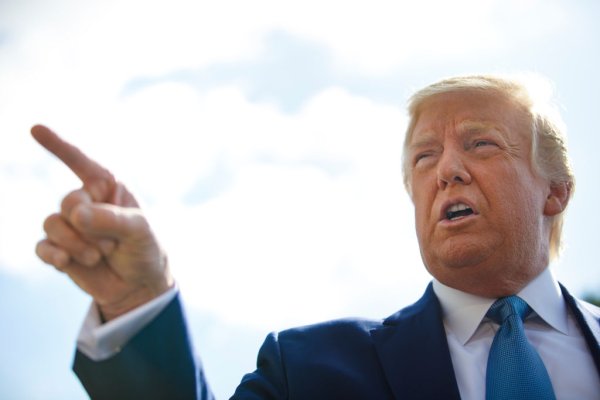