Cutting Down on Sugary Beverages? Here's What to Drink Instead, According to a New Study

Cutting back on sugary drinks is among the simplest and most impactful ways to benefit your health, study after study has shown. Now, a new paper shows just how much of an impact that easy change can have.

Over a period of four years, swapping just one soda or juice for an unsweetened choice—such as water, coffee or tea—every day could slash your risk of type 2 diabetes by up to 10%, according to a study published in the journal Diabetes Care. In addition, increasing sugary drink consumption by more than half a serving per day over a four-year period was subsequently associated with a 16% higher risk of type 2 diabetes.

The study used dietary data provided by almost 160,000 women participating in versions of the Nurses’ Health Study, as well as almost 35,000 men participating in the Health Professionals’ Follow-Up Study. Participants completed dietary surveys every four years for up to 26 years, and provided researchers with information about their overall health and lifestyle, including whether they had developed type 2 diabetes. Researchers then monitored changes in beverage consumption, weight and overall health.

Over time, drinking more sweet beverages was associated with a higher chance of both gaining weight and developing type 2 diabetes. Neither finding is particularly surprising, since drinks like soda are high in calories and sugar that can lead to weight gain, which is a primary risk factor for developing type 2 diabetes. But the study suggests sugary drinks are related to type 2 diabetes risk independent of weight gain. Changes in body weight accounted for only about 28% of the relationship between sweet beverage consumption and diabetes risk, according to the paper, which suggests other factors are at work. One theory, the authors write, is that sugary drinks can lead to fat accumulation on the liver, which may disrupt insulin activity.

Findings around fruit juice and artificially-sweetened drinks such as diet soda—both of which are often seen as healthier options than soda—may be more surprising. The researchers found that drinking even 100% fruit juice was associated with a higher risk of diabetes, and wrote in the paper that it should be treated more like soda than like whole fruit, which is more nutritious than juice since it contains fiber.

Drinking even an extra half-serving of artificially sweetened beverages each day was also associated with an 18% higher risk of diabetes over time—even higher than the risk associated with sugary drinks. In addition, swapping a sugary drink for a diet drink didn’t appear to substantially alter diabetes risk, according to the study. But study co-author Jean-Philippe Drouin-Chartier, a postdoctoral nutrition fellow at the Harvard T.H. Chan School of Public Health, stresses that the association between artificially sweetened drinks and diabetes doesn’t necessarily mean diet drinks are just as bad as sugary drinks, since some people with existing medical problems may switch to diet versions for perceived health benefits.

Like any observational study, the paper could not prove cause and effect—it looked only at patterns related to health and dietary choices. But given the substantial amount of evidence suggesting that sugary drinks are bad for your health, the paper only strengthens that conclusion. 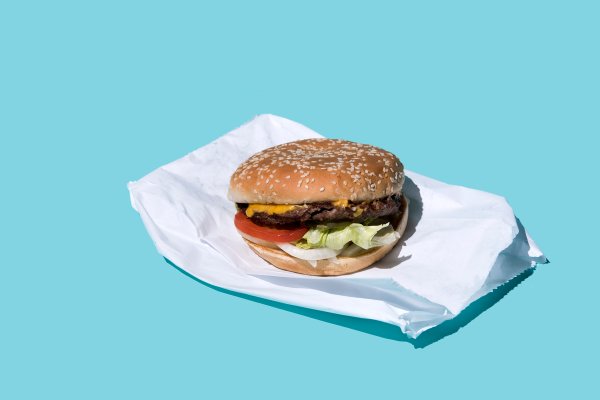 Should You Stop Eating Red Meat? A New Paper Has a Controversial Answer
Next Up: Editor's Pick