Diet drinks may seem like healthier options than sugary sodas and fruit drinks, but studies haven’t all backed up their health benefits.

In a study published in the journal Stroke, researchers studied data from more than 81,000 post-menopausal women enrolled in the large population-based Women’s Health Initiative. Three years into the study, the women answered questions about how many diet drinks — including low-calorie sodas and fruit beverages with artificial sweeteners — they consumed in the past three months.

After an average followup of nearly 12 years, the scientists found that women who drank two or more artificially sweetened drinks a day had a 23% higher risk of having any type of stroke, and a 31% increased risk of having a stroke due to clotting in brain blood vessels, compared to women who reporting drinking fewer than one beverage a week (or none at all).

That increased risk is particularly concerning, since most of these strokes were in smaller blood vessels in the brain, says Yasmin Mossavar-Rahmani, associate professor of clinical epidemiology and population health at Albert Einstein College of Medicine, who led the study. Previous studies suggest that having repeated strokes in these smaller vessels is a risk factor for dementia. “These findings show that we shouldn’t assume [diet drinks] are harmless when you consume them at high levels,” she says.

While the results do not suggest that diet drinks directly cause strokes, the association raises alarms about how artificial sweeteners might be affecting the body. These sweeteners haven’t been studied enough yet to provide definitive answers, but work in animals suggests that compounds like saccharin and aspartame may compromise the body’s ability to break down glucose properly, and impaired glucose control can lead to diabetes, a risk factor for heart disease and circulatory problems like stroke. The artificial sweeteners may be altering the bacteria living in the gut, which may disrupt the body’s ability to control glucose.

Mossavar-Rahmani and her team tried to account for other possible explanations for the connection they found between diet drinks and strokes. It’s possible, for example, the women drinking diet sodas and juices had only recently switched to artificially sweetened beverages from sugared ones, and therefore continued to show the residual effects of their previous drinking habits. It’s also possible that some of them had been diagnosed with heart-related conditions prior to joining the study. But when they looked just at women who had not been diagnosed with diabetes or heart disease, the association between heavy drinkers of diet beverages and higher stroke risk remained.

She says that more studies need to be done to tease apart which artificial sweeteners might be more or less associated with stroke, and to track more closely how long people drink diet beverages before their risk starts to rise. “These findings should give us pause for more study,” she says. 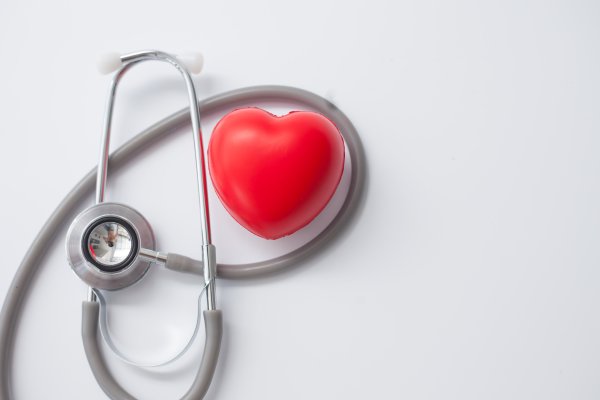 Nearly Half of Americans Have Some Form of Heart Disease
Next Up: Editor's Pick