A new study provides more good news for coffee lovers. Drinking coffee is associated with a lower risk of early death — virtually regardless of how much you drink and whether or not it’s caffeinated, concludes a paper published Monday in JAMA Internal Medicine.

“We observed an inverse association for coffee drinking with mortality, including among participants who reported drinking at least one cup per day, up to eight or more cups per day, as well as those drinking filtered, instant and decaffeinated coffee,” said Dr. Erikka Loftfield, the study’s lead investigator and a research fellow at the National Cancer Institute, in an email to TIME.

The researchers used data from the UK Biobank study, through which a large group of UK adults completed health questionnaires, underwent physical examinations and provided biological samples. For the current study, the researchers analyzed information provided by about 500,000 people, who answered questions about their coffee consumption, smoking and drinking habits, health history and more. During the study’s 10-year follow-up period, around 14,200 of those people died.

The researchers found longevity benefits associated with nearly every level and type of coffee consumption. Risk reduction varied slightly depending on how much coffee someone consumed, its caffeine content and whether it was instant or ground. But overall, relative to non-drinkers, those who drank one cup of coffee per day had an 8% lower risk of premature death — a rate that rose slightly as consumption increased, peaking at 16% for those drinking six to seven daily cups, before dipping slightly, to 14%, for those having eight or more cups each day.

The speed at which a person metabolized caffeine didn’t seem to affect longevity, despite prior research that suggested coffee consumption might be related to increased risks of high blood pressure and heart attack among people who metabolize caffeine slowly. But those studies only looked at coffee drinking after disease occurrence and did not examine overall mortality risk, as the current paper did, Loftfield said. Using the Biobank study also allowed the researchers to examine a huge amount of genetic data, including that related to caffeine metabolism, which allowed for more robust analysis.

That finding, combined with the apparent longevity-boosting effect of decaf coffee, suggests that caffeine isn’t the life-lengthening mechanism at work in java, Loftfield said. But because the current study was observational, meaning it looked only at patterns in an existing dataset, it’s impossible to say what is — or even if coffee is truly responsible for keeping death at bay, or just associated with a longer life.

“Our current understanding of coffee and health is primarily based on findings from observational studies,” Loftfield said. “To better understand the potential biological mechanisms underlying the observed associations of coffee with various health outcomes, additional studies are needed.”

Nonetheless, Loftfield’s study joins a large group that have found health benefits associated with coffee. And though some past studies have linked coffee and other hot beverages to cancer, the World Health Organization just last month concluded that there’s inadequate evidence to call coffee a carcinogen.

“Our study provides further evidence that coffee drinking can be part of a healthy diet and offers reassurance to coffee drinkers,” Loftfield said. 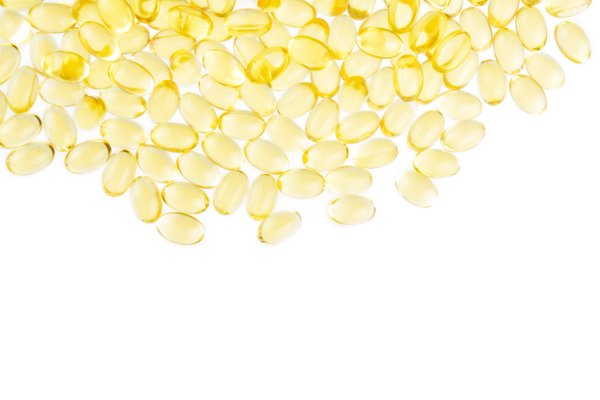 Are Omega-3s Good for Your Brain?
Next Up: Editor's Pick