Self-Driving Garbage Can Inspires a Lot of Jokes Worth Treasuring

Helen of Troy famously had a face that launched a thousand ships. Now, a video of a self-driving garbage can taking itself to the curb is the GIF that has inspired a thousand jokes.

It all started when tech news outlet Gizmodotweeted out a story about a new innovation in trash—the SmartCan. According to the company’s website, “SmartCan eliminates the need to take a homeowner’s garbage can to the curb by providing a plug-and-play motorized trashcan attachment and mobile application.” Basically, it’s a trash can that takes itself to the curb on trash day. To showcase its value, the company even released a video showing the robotic garbage can taking itself out, a clip of which Gizmodo shared in its tweet.

While this robot may not take anyone’s job any time soon, the short clip of a self-propelling trash bin was enough to spark a meme as Twitter users caught sight of the self-powered garbage. Some are using it as the new go-to reply meme, others are taking the opportunity to be self-deprecating, others are making political jokes, and the best are using the image to mock their chosen sports team and movies. 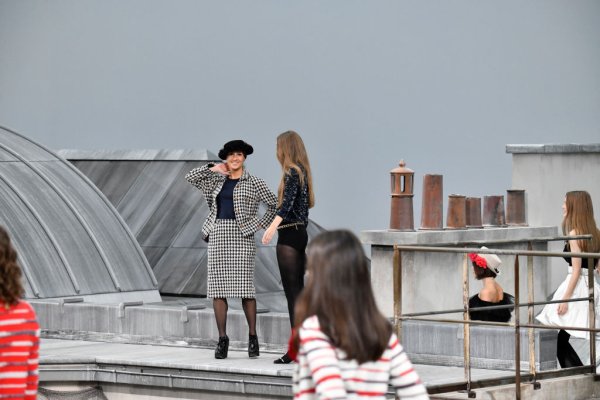 Chanel Crasher Woman Who Storms the Runway to Walk Among the Models Definitely Looks the Part
Next Up: Editor's Pick