Find Out If a Robot Will Take Your Job

At a community college in upstate New York, 12 cafeteria workers recently learned that they will lose their jobs — and be replaced by self-serve machines. It’s an issue that has played out in communities across the country, as robots get better and better at doing jobs — from taking fast food orders to mining coal — that once belonged to humans.

Is your job next? The answer to that question is complicated, according to a report by management consultant McKinsey, but most workers don’t need to worry. Experts found that less than 5% of jobs can be completely replaced by technology, though nearly every job involves tasks that robots could learn to do.

Enter your occupation below to see how much of your work may someday be done by machines.

(For the complete version of the interactive, click here.)

Jobs with predictable activities in structured environments are the easiest to replicate with robots, a process known as automation. McKinsey estimates that 51% of all job-related activities in the U.S. economy fit this description, largely in manufacturing, food service and retail trade sectors.

“If you look at the specific jobs affected, you can get depressed,” says Malcolm Frank, author of What To Do When Machines Do Everything. “But if you look in broader context, there’s room for optimism.” Frank points to the 1800s, when nearly 80% of U.S. labor was focused on agriculture. “Today that number is about 2%, yet we saw geometric growth in the U.S. economy. What the machine takes away, it also gives back with entirely new industries, entirely new types of jobs,” he adds. Fields growing today include computing and data science, according to experts.”

While many of the robots’ gains cut into blue collar jobs, it’s not all bad news for those workers, says University of Cincinnati economics professor Michael Jones. “Electricians, plumbers, and contractors are not going to be replaced,” he says. These workers solve unique challenges in varying environments — tasks difficult for machines.

And white collar jobs, in turn, are no longer necessarily safe from automation.

Even if a task can be automated, that doesn’t mean it will happen overnight. Barriers to adopting new technology include the high cost, as well as the response from clients who are accustomed to interacting with humans. “Do consumers want a robot to give them a physical at the doctor’s office, or to take their order at a restaurant?” Jones asks. Though self-serve kiosks have become much cheaper, restaurants still have to test how consumers feel about ordering from a tablet. “That is, unless labor costs get really high,” Jones says. “Seattle’s minimum wage is 15 dollars an hour, twice the federal minimum wage. That might drive technology adoption much quicker.”

Though counterintuitive, Frank believes that automation will make us more creative in the long run. “We’re going to allow machines to do what machines do with excellence, and humans can do what humans do best.” He gives the example of teachers, who could benefit from a robot that reviews homework, helping to identify each student’s needs. “The rote work has been removed,” he says, “freeing up humans to do higher impact, more creative work.” 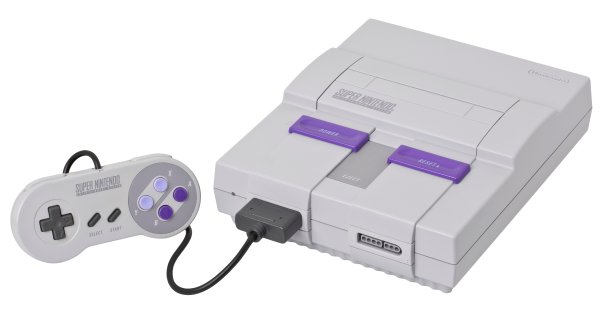 Nintendo May Be Working On An SNES Classic
Next Up: Editor's Pick